Market Dynamics
The market is driven by factors such as increasing government spending on testing military aircrafts & helicopters and rising air traffic across the globe. Moreover, the intensification in avionics manufacturing and development activities has boosted the demand for test benches in the aerospace industry. The production of commercial aircraft is rising due to the increase in air traffic and international trade. The air traffic across the globe is significantly increasing and had reached approximately 8.8 billion in 2018. Leading aircraft manufactures have increased the production rate of aircrafts by 40% due to the surge in the demand for commercial aircraft. The requirement for aircraft testing is significantly increasing with the rising air traffic across the globe. An average commercial aircraft contains almost 450 structural forged parts and numerous engine parts. The regular testing and maintenance of these parts, using a test bench, is necessary in an aircraft. Thus, the increasing number of aircraft production across the world creates an intense need for the production of new test benches for the aerospace industry.

Continuous technological advancements in the aircraft/helicopter manufacturing have fueled the need for test benches. Key aircraft/helicopter manufacturing companies are engaged in R&D pertaining to the reduction of fuel consumption by aircraft/helicopter for a passenger per kilometer. Moreover, flight safety and ecological impact (decrease in noise and environment pollution levels) of aviation transport is key factors considered while developing aircraft/helicopter. In the near future, the development of aerodynamic layout of aircrafts is expected to be carried out in the frames of classical layout, with the use of novel materials, electronic & electromechanical devices, and super high bypass ratio engines. Multiple standards for modern aircraft design are being tested by test bench. Theoretically, the lift-to-drag ratio for flying wing of an aircraft should be 40% higher than that of classical layout for the same wing aspect ratio. Thus, the problems of balancing and controllability of flying wing (inevitably lead to losses) arises in modern aircrafts; therefore, the demand of new aircraft/helicopter specific test bench is expected to increase during the forecast period.

In the previous decades, independent maintenance, repair, and overhaul (MRO) companies consolidated the aerospace industry test bench market across the globe. However, increasing penetration of OEM in the aftermarket is expected to increase the prices of test benches in the near future, due to decreasing completion across the globe. Emerging technologies such as predictive maintenance are increasing the prices of test benches. OEM and aerospace manufacturers have started expanding into MRO (Maintenance, Repair, and Overhaul) and are asserting their control over the intellectual property (IP) behind engines, components, and airframes, which in turn, is boosting the prices of aircraft & helicopter testing benches.

On the basis of type, the Global Aerospace Industry Test Bench Market is categorized as hydraulic test benches, mechanical test benches, fuel test system and iron bird. The hydraulic test benches segment is expected to grow at a significant pace during the forecast period due to increasing application of hydraulics systems in aircrafts for moving & actuating aircraft/helicopter parts, landing gear, flaps, and brake applications. Moreover, growing research and development pertaining to increasing testing of hydraulic systems and launch of innovative hydraulic systems in the aerospace industry is expected to create growth opportunities for the segment in the near future The mechanical test benches segment holds a significant share of the global aerospace industry test bench market due to the high need for testing mechanical parts of aircrafts. Moreover, the significant number of aircraft maintenance services associated with the mechanical test benches propels the segment. 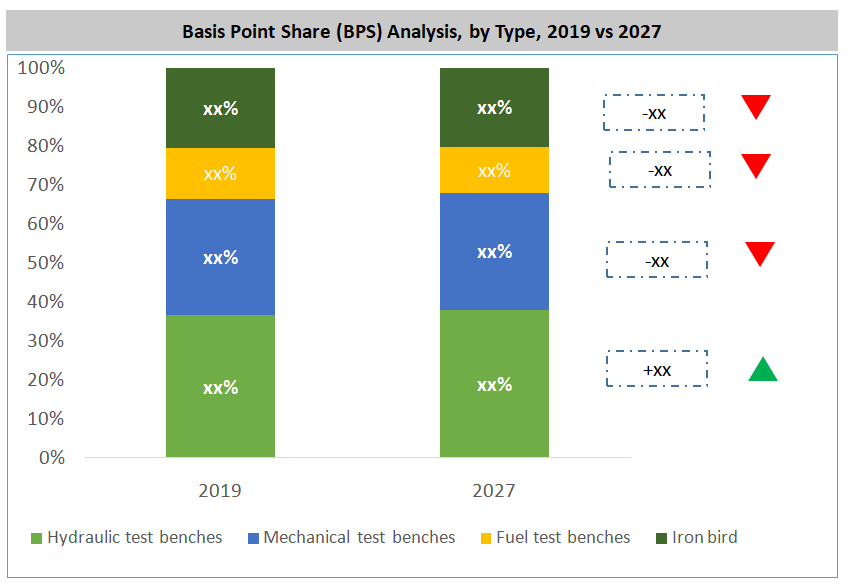 On the basis of applications segment, the market is categorized as aircraft and helicopter. The aircraft segment holds a significant share of the global aerospace industry test bench market. Higher use of aircrafts than helicopters due to high speed, more safety, and preference for long distance travelling fuels the aircraft segment. Thus, the bench test associated with the aircrafts is in high demand as compared to that for aircraft. Moreover, the aircraft segment is projected to expand at a high CAGR during the forecast period due to increasing manufacturing of civil airplanes across the world.

On the basis of End-users segment, the market is classified as military and civil. The civil segment is expected to hold the dominant share of the market due to the high need for the maintenance of civil airplanes on daily basis across the globe. Moreover, rise in passenger air traffic has created the need for novel test benches across various airports in multiple countries across the globe; therefore, the demand for test benches for civil test benches has increased irrespective of the geographical regions. The civil segment is expected to grow at a rapid pace during the forecast period due to the rapid growth of the civil aviation sector and increasing number of aircraft workshops across the world.

Mechanical Test Bench: The mechanical test bench is a facility used to develop, characterize, and test mechanical components of aircrafts and helicopters and are used for testing of engine, wings, and other mechanical parts of aircraft. Mechanical test bench is placed between the jet engine and the loading machine for testing purpose. The facility allows for the testing of the component and it offers the measurement of several physical variables associated to the functionality of the component.

Fuel Test Systems: Fuel test systems are conducted to test the transfer of fuel, in the correct sequence, from internal and external tanks to the collector tanks. The fuel test system test benches are repeated for alternative transfer modes such as following simulation of transfer valve failure.

Iron Bird: Iron bird test bench contain most of an aircraft's actual hardware components except for the structure. They are used to conduct aircraft subsystem tests such as hydraulic system evaluations. Hydraulic lines and hardware are sized and positioned in iron bird test bench, as they are in the actual aircraft. Testing operations, through iron bird subsystems, are cycled through many hours of operational tests to ensure proper operation and endurance of the aircraft and helicopter. 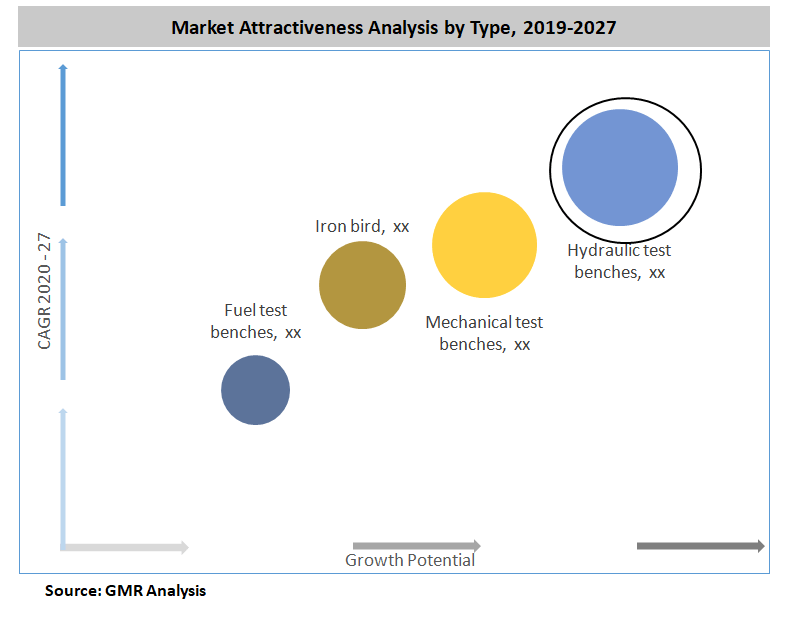 In terms of regions, the global aerospace industry test bench market has been fragmented into Europe, North America, Latin America, Asia Pacific and Middle East & Africa. North America is a promising region for the market. Significant market share of North America is attributed to the presence of advanced technologies in the medical industry. Moreover, easy availability of recourses supports the growth of key players and new entrance in the market in this region. Increasing number of Aerospace Industry Test Bench cases in Europe is driving the growth of the market in the region. The market in Asia Pacific region is expected to grow at a significant rate during the forecast period due to increasing availability of Aerospace Industry Test Bench treatment technologies in the region. Moreover, increasing penetration of new companies, through mergers and acquisitions, fuels the market in the region. 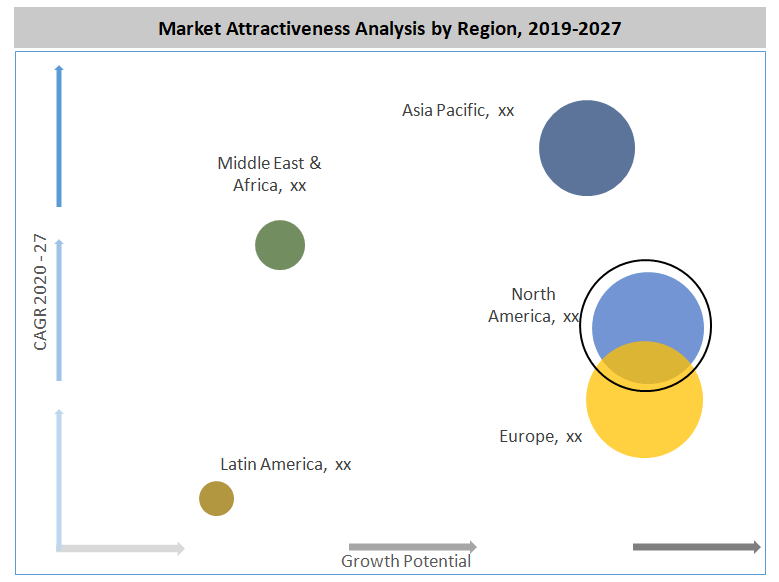 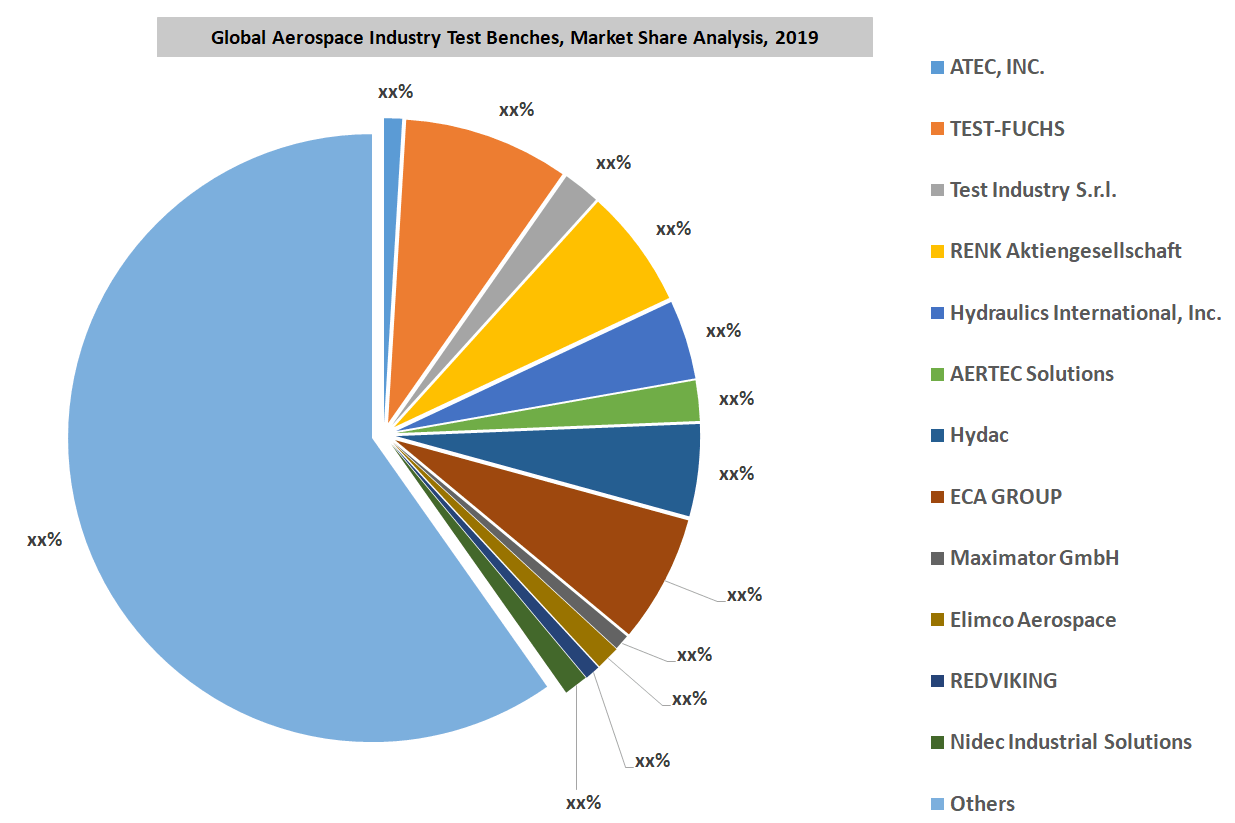 2. How big will be the aerospace industry test bench market in 2027?

According to this Growth Market Reports report, the market from aerospace industry test bench is likely to register a CAGR of 3.9% during forecast period between 2020 and 2027, with an anticipated valuation of USD 279.7 million by the end of the 2027.

Market size (in USD Million) and company market share (in % for base year 2019), other data such as COVID-19 impact on aerospace industry test bench market and regulatory outlook is available in the final report.

5. What are the factors driving the growth of aerospace industry test bench market?

Urbanization, the increasing government regulation pertaining to the aircraft testing, and increase in R&D expenditure by manufacturers for developing new aerospace industry test bench is expected to drive the market growth during forecast period.

6. What are the key end-users driving the market growth?

Aircraft and helicopter manufacturers are the key end-users that are driving the aerospace industry test bench market.

The market is expected to witness a significant decline between 2019 and due to the adverse impact of COVID 19 pandemic on supply chain of medical industry.

8. Which is the base year calculated in the global aerospace industry test bench market report and what is analysis period?