The global viral clearance market was valued at US$ 319.6 Million in 2019 and is projected to reach US$ X,XXX.1 Million by 2027, expanding at a CAGR of 20.6% during the forecast period. The market is driven by factors such as increasing government funding for the pharmaceutical and biotechnology industries, rise in number of new drug launches, R&D investments in life science, technology advancements in nanofiltration, and increase in emphasis on quality assurance and quality control departments. 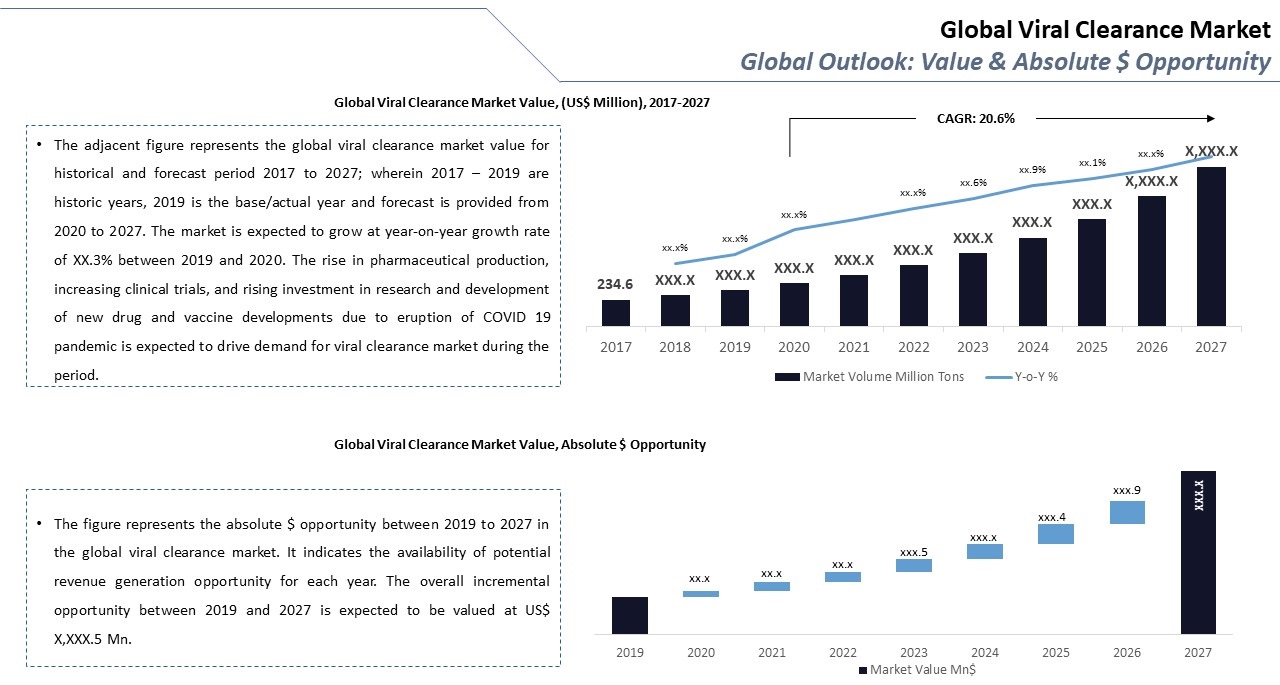 On the basis of methods, the market is segmented into viral removal and viral inactivation. The viral removal is sub-segmented into chromatography, nanofiltration, and precipitation. The chromatography segment is expected to account for a significant share of the market between 2020 and 2027. Adoption of new technology and increasing need for filtration drive the demand for nanofiltration. The nanofiltration segment is expected to expand at a CAGR of XX.0% during the forecast period. The viral inactivation segment is further divided into low pH, solvent detergent method, pasteurization, and others. The low pH segment is estimated to expand at a X0.6% CAGR in the forecast period, between 2020 and 2027.

The viral removal segment accounted for the dominant share of the market in 2019. This segment is also expected to expand at a XX.7% CAGR, in the the forecast period, between 2020 and 2027. The significant share of this segment is primarily attributed to the growth of R&D activities by biopharmaceutical companies; high acceptance of this method; and the accuracy, speed, and flexibility provided by the method in life sciences research.

Based on applications, the global viral clearance market is segregated into recombinant protein, blood and blood products, vaccines, cell and gene therapy, monoclonal antibody, stem cell, hormones, and others. The recombinant proteins segment is expected to dominate the market during the forecast period due to large-scale production of recombinant protein, it finds it’s application in  applications in the field of proteomics, structural biology, and protein therapeutics. When large quantities of protein needs to be produced, cells must be cultured in large volumes by the implementation of fermentation techniques, as the production of these proteins increases the demand for the viral clearance process. The stem cell segment is estimated to expand at a CAGR of 21.2% during the forecast period, due to the increasing use of stem cell in the treatment of various diseases, rising public and private funding for stem cell research, and growing awareness about stem cell therapies.

On the basis of end-users, the viral clearance market is Classified as medical device companies, laboratories, animal facilities, cell banks, and consultants, and media/sera manufacturers, pharmaceutical & biotechnology companies, contract research organizations (CROs), academic research institutes, and others. The contract research organizations  (CROs) segment is expected to register a CAGR of 20.9% between 2020 and 2027. Rapid growth in this segment is attributed to the ability of CROs to invest in infrastructure for drug discovery and rising trend of outsourcing drug discovery services to CROs by pharmaceutical companies, academic institutes, and biotechnology companies. 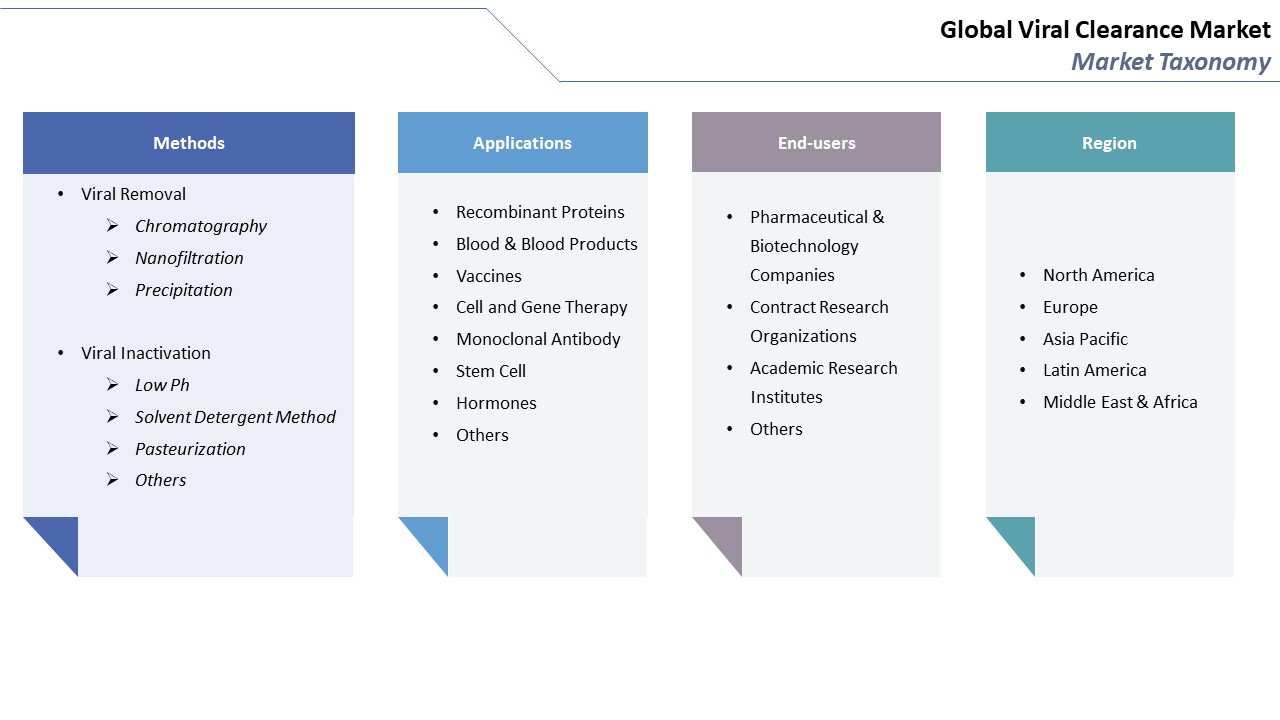 In terms of regions, the market has been fragmented into North America, Europe, Asia Pacific, Latin America, and Middle East & Africa. The market in Asia Pacific is anticipated to expand at a CAGR of 21.1% during the forecast period,. Rise in funding for medical research, large presence of a large number of CROs to provide preclinical and clinical research services in China, increase in aging population, growth in pharmaceutical R&D expenditures in emerging countries such as India, China, and surge in pharmaceutical manufacturing boost the growth of the viral clearance market in Asia Pacific.

North America is expected to account for a significant share of the market. The market in the region is driven by the growth in the pharmaceuticals industry and rising number of drug approvals. Increasing prevalence of diseases, growing production of monoclonal antibodies, and rising government support for the development of drugs are some factors driving the viral clearance market. 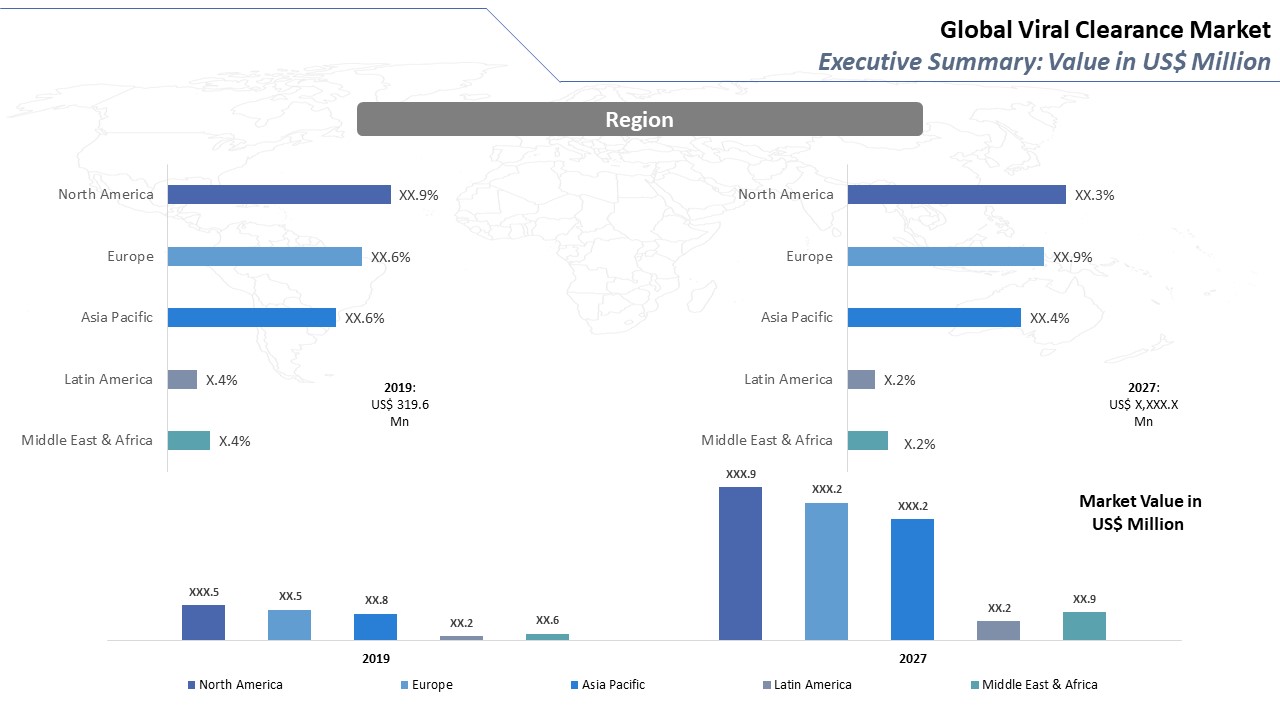 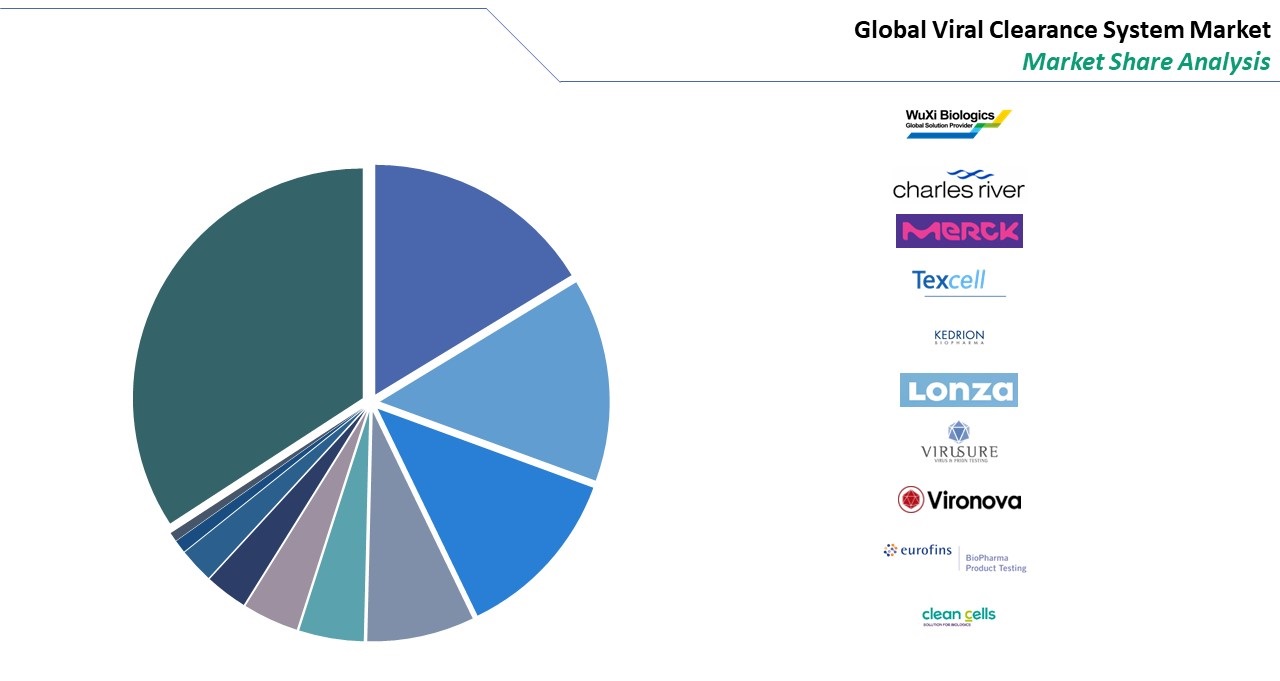 By Method: By Application: By End User : By Region: