The global drugs for herpes labialis (oral herpes) market was valued at USD 925.4 Million in 2019 and is projected to reach USD X,XX2.9 Million by 2027, expanding at a CAGR of 4.6% during the forecast period. The market is driven by factors such as increasing prevalence of herpes labialis among children and adults across the globe, innovations in drug types and modes of action, soaring penetration of generics, frequent transformations in disease treatment, and growing consumer awareness. However, stringent government regulations regarding drug approvals and lack of awareness and knowledge about herpes labialis are key restraints of this market. 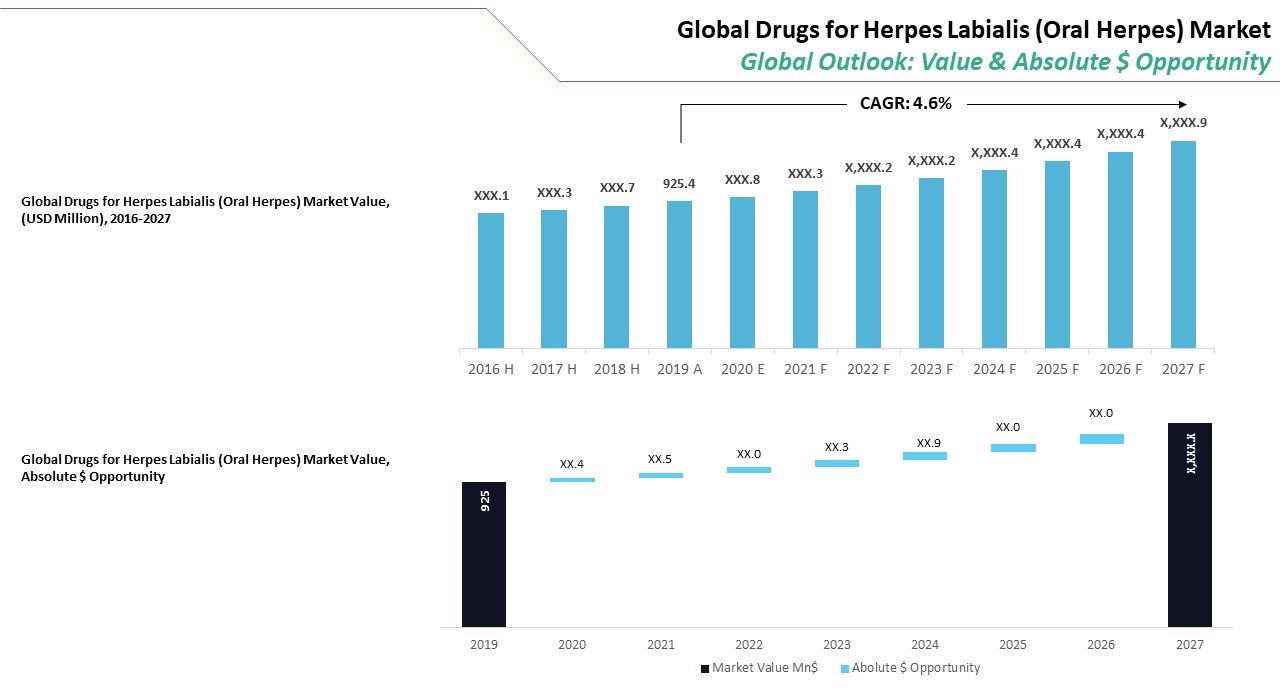 Increasing R&D is estimated to create lucrative opportunities in the near future. The emergence of novel therapies is boosting the growth of the market. Recent market trends include collaborations between market players and universities, and mergers & acquisitions among the leading companies.

On the basis of product types, the drugs for herpes labialis (oral herpes) market is segmented into aciclovir, valacyclovir, famciclovir, docosanol, and penciclovir. The acyclovir segment is estimated to hold a large share of the market during the forecast period, as these drugs are widely used and trusted due to their highly effective outcomes. Valacyclovir is considered to be more effective than the previously used drugs such as aciclovir due to requirement of limited number of dosages, long-term effect on the infection, and immediate effect on virus infection; ,therefore the segment is anticipated to expand at a high CAGR of X.1% during the forecast period.

On the basis of routes of administration, the drugs for herpes labialis (oral herpes) market is segregated into topical, oral, and parenteral. The oral segment holds a major share of the market and is projected to expand at a substantial CAGR during the forecast period, as it is a highly preferred method of consuming medications and is easy to consume. Oral medications are usually prescribed with the combination of topically administered drugs, which in turn, is expected to drive the demand for oral and topical medications with CAGR of X.8% and X.5%, respectively, during the forecast period. 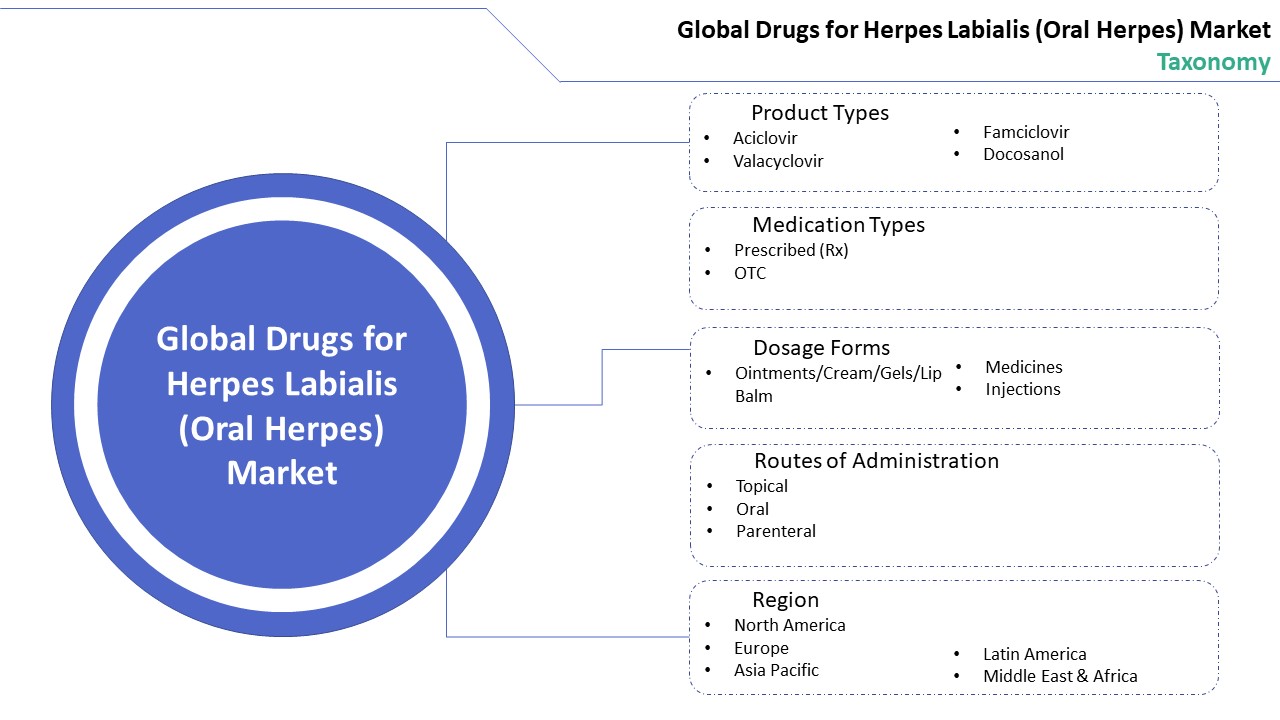 In terms of regions, the global drugs for herpes labialis (oral herpes) market has been segmented into North America, Europe, Asia Pacific, Latin America, and Middle East & Africa. North America is a promising region for the market. The market is this region constituted a X4.6% share of the global market in 2020. The market in the region is projected to expand at a CAGR of X.4% during the forecast period due to the increase in the demand for drugs for herpes labialis, the presence of a well-developed pharmaceutical infrastructure for R&D activities, and the presence of major players in this region. The market in Asia Pacific is projected to expand at a CAGR of X.2% due to increased government spending, rising FDI policies, and growing incidences of the herpes labialis in the region. 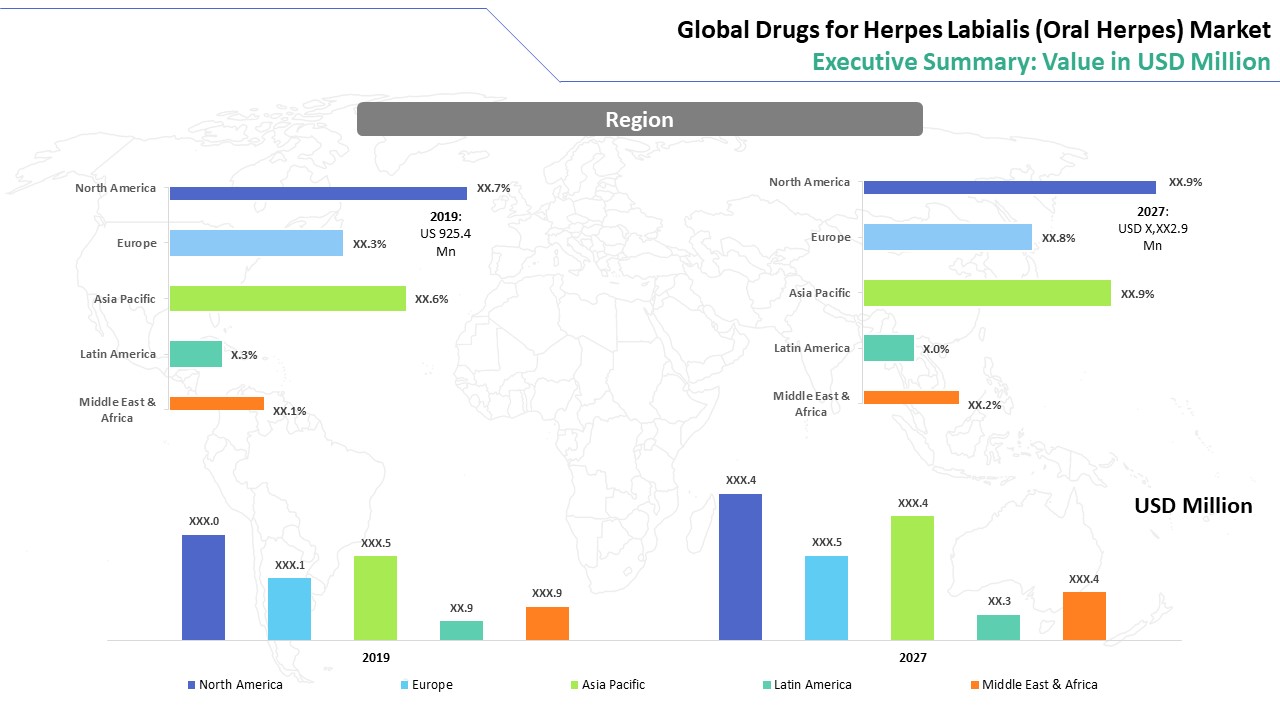 Key players in the market include Pfizer INC., Mylan N.V., Teva Pharmaceutical Industries Ltd. They are considered as key drug manufacturers in this market based on their investments in R&D, segmental revenue, regional presence, and supply chain management system. 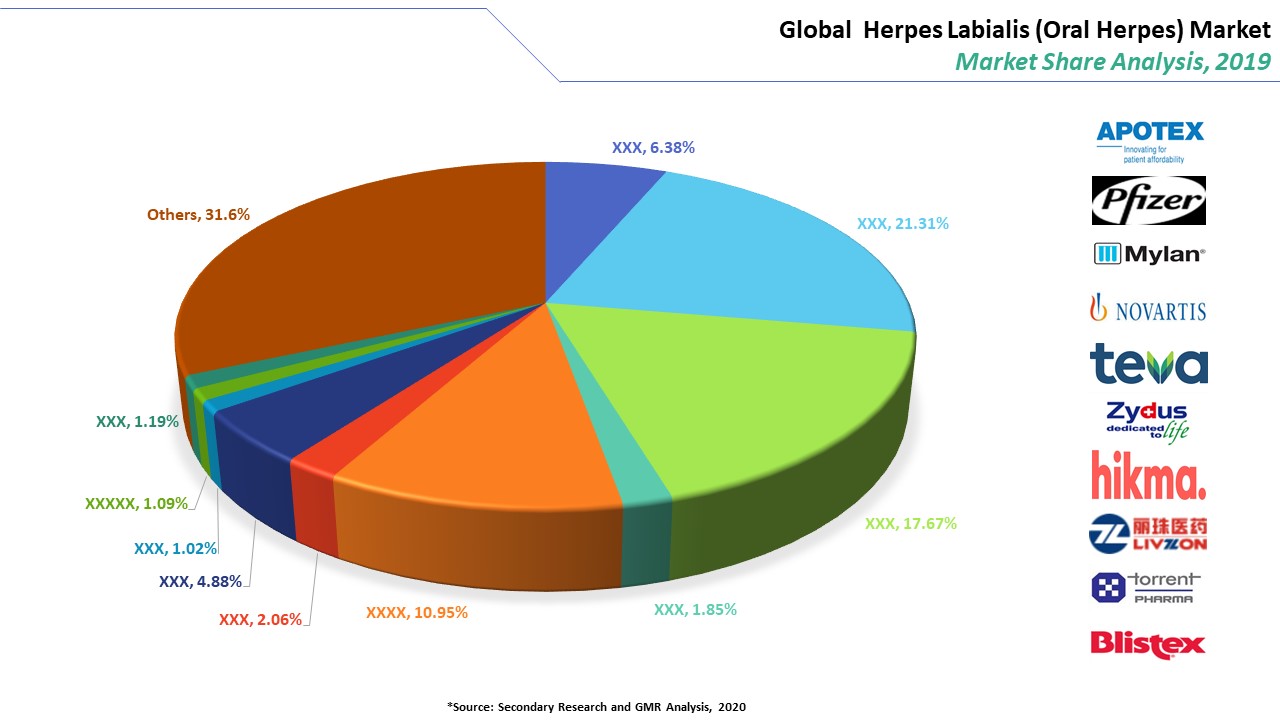 By Routes of Administration: