The global polytetrahydrofuran market was valued at USD 2,649.3 Million in 2019 and is projected to reach USD 3,437.29 Million by 2027, expanding at a CAGR of 3.6% during the forecast period. Polytetrahydrofuran (PTMEG) is a type of polycol formed with the repeated material [–CH2 (CH2)3O–] from tetrahydrofuran (THF). Polytetrahydrofuran (PTMEG) are formed by the catalyst polymerization of tetrahydrofuran and are known as poly tetramethylene ether glycol or poly tetramethylene oxide. This is readily soluble in ketones, chlorinated hydrocarbons, insoluble in fatty hydrocarbons or liquid alcohols, aromatic, and esters. The solubility decreases as its molecular weight increases. PTMEG becomes white waxy solid at room temperature. Elastic fibers, such as elastane (spandex), which are employed for extendable fabrics and polyurethane resins are primary applications of polytetrahydrofuran. They are used in artificial leather manufacturing. The industry concentration of polytetrahydrofuran (PTMEG) is minimal; less than 50 producers worldwide are involved and the high-end products come primarily from the US, Germany, Taiwan, and Japan. PTMEG is used for making elastic textiles such as swimsuits, support hoses, sock tops, weatherproof clothing, athletic apparel, roller skates, skateboards, footwear, and medical equipment. 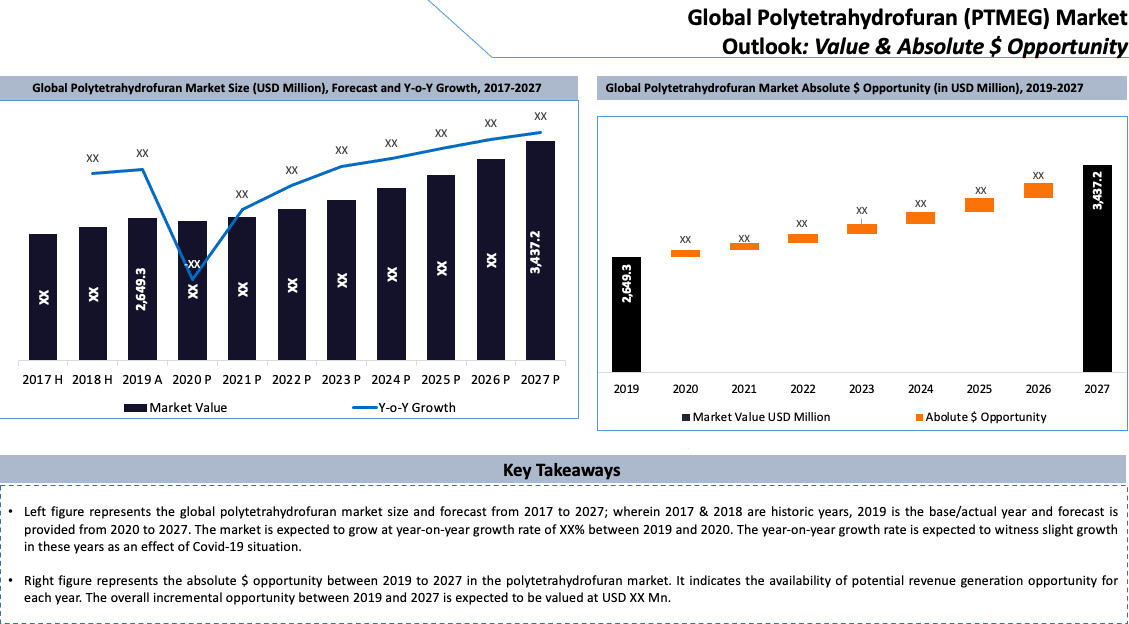 Growing Fashion Industry in Emerging Countries
Several emerging economies such as China, India, Indonesia, Taiwan, and Thailand in Asia Pacific are adopting western cultures, including fashion. This has substantially fueled the demand for lycra, and stretchable clothing, in the region. The Polytetrahydrofuran is used in the manufacturing of spandex thread, which are used in the manufacturing of stretchable clothes. China is a leading hub for the manufacture of spandex thread, thus fueling the expansion of the fashion industry in the region. High production of spandex based clothes in the region is boosting the need for polytetrahydrofuran among manufacturers. 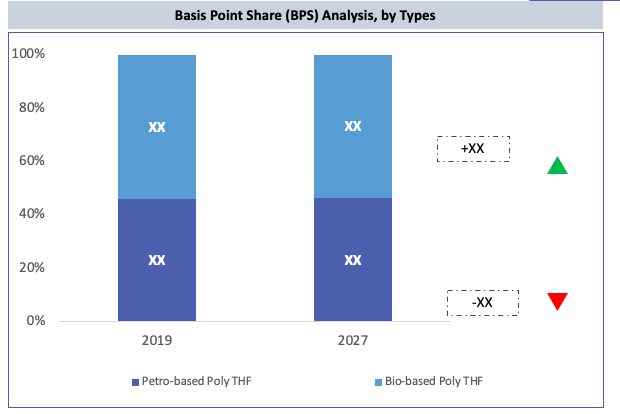 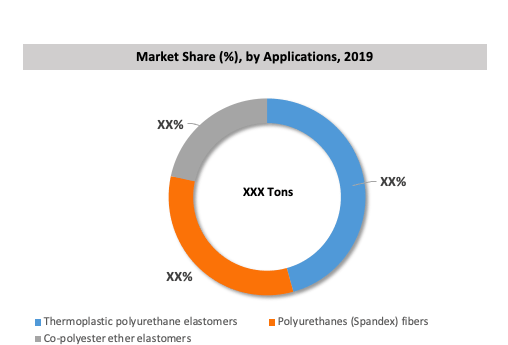 In terms of end-users, the market is divided into paints & coatings, textiles, adhesives & sealants, artificial leather, leisure & sports, and others. The textile segment is anticipated to expand at a CAGR of 3.4% during the forecast period. Rising demand for the polytetrahydrofuran (PTMEG), in the textile industry is one of the major factors, which contributes for the growth of the segment.

In terms of regions, the global polytetrahydrofuran market is fragmented into North America, Europe, Asia Pacific, Latin America, and Middle East & Africa. North America constituted one third share in 2020. The market in the Asia Pacific is projected to expand at a CAGR of 3.3% during the forecast period. Increasing demand for polytetrahydrofuran in the food packaging and plastic industry in the region to manufacture products such as Polytetrahdrofuran and PVC film casting contributes for the demand for the Polytetrahydrofuran (PTMEG) in the region. 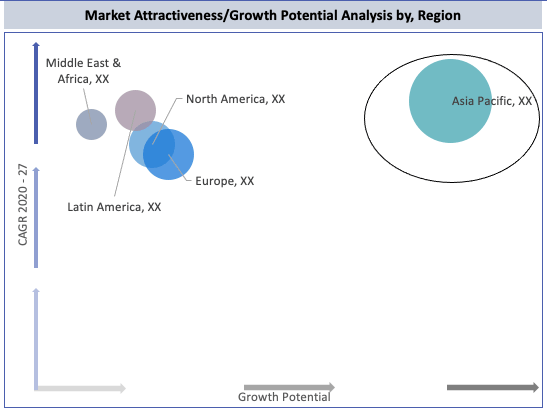 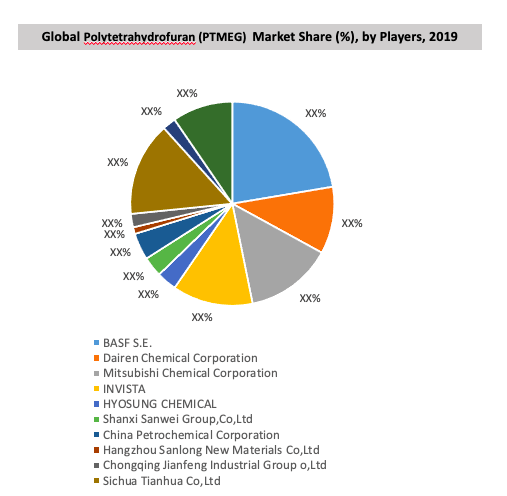 3. How big will be the Polytetrahydrofuran market in 2027?

According to this Growth Market Reports report, the market from Polytetrahydrofuran market shall probably to register a CAGR of 3.6% during forecast period 2020-2027, with an anticipated valuation of USD 3,437.29 million by the end of the 2027.

5. What are the factors driving the growth of Polytetrahydrofuran market?

6. What is the application driving the market growth?

Paints and Coatings, Textiles, Adhesives and Sealants are the key application that are driving the Polytetrahydrofuran market.

8. Which is the base year calculated in the global Polytetrahydrofuran market report and what is analysis period?

Major Manufactures include, BASF SE, Dairen Chemical Corporation are the key players operating in the market.