The global marine winches market was valued at USD 1,675.7 million in 2019 and is projected to reach USD 2,306.0 million by 2027, expanding at a CAGR of 4.2% during the forecast period. In terms of volume, the market is projected to expand at a CAGR of 4.1% during the forecast period. Marine winches are mechanical devices that assists in pulling and lifting equipment used on docks/shores, boats/ships, ports, and offshore platforms. These winches have wire rope/chain for pulling or lifting operations. The number of marine winches used in a vessel depends on the type of requirement and operation. Marine winches, mainly consists of drum, chain, cable, power system, manual band brake, control system, manual clutch, and gypsy wheel. High quality welding material is used in marine winches for a long life and safety purposes.

Market Dynamics
The evolution in the marine industry has led to the high acceptance of equipment such as marine winches, which are used in boats and ships for handling halyards, sheets, and anchor or mooring lines. Various types of marine winches include electric, hydraulic, and manual. Moreover, growing demand for marine fleet in coastal and inland waterways fuel the demand for marine winches. Additionally, increasing demand for transport and supply-side factors such as newer, smarter, and more efficient equipment, technologies, and training are playing a significant role the market.

Though marine winches are used for effective work performance; however, their adoption is limited in many areas, mainly due to the lack of technology and developments in under-developed countries. Lack of advancements in industries hampers their adoption of latest technologies. Serious injury and property damage is a concern for not using marine winches. These injuries can happen due to improper handling, untrained, or inexperienced operator and improper lubrication.

On the basis of types, the marine winches market is segmented as electric winches, hydraulic winches, manual winches, and others. The electric winches segment is projected to expand at a substantial CAGR during the forecast period. Rising popularity of electric winches over other types of winches due to the increasing ease usage of these winches and less human effort requirements is estimated to boost the segment growth. Moreover, electric winches are relatively convenient and cost-effective compared to the hydraulic ones, and hence they are highly preferred across the globe.

Based on applications, the marine winches market is divided into marine engineering, hoisting freight, and fishing. The marine engineering segment is expected to grow considerably during the forecast period. Rise in marine operations in multiple areas is expected to be one of the key factors fueling the market. Increasing marine operations by industries such as transportation, oil & gas, material processing, defense, and other areas such as personal use boats are boosting the demand for marine winches across considered applications. 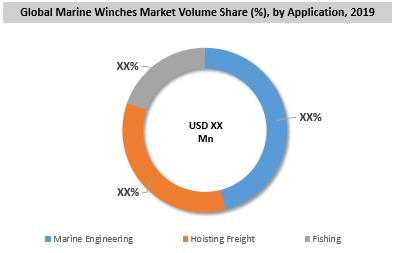 In terms of regions, the market has been segregated into North America, Europe, Asia Pacific, Latin America, and Middle East & Africa. The market in Europe is expected to expand at a considerable growth during the forecast period. The region is the second largest market, in terms of revenue generation, from the marine winches. The region dominates the global market due to the dense presence of top marine winches manufacturers across Europe. 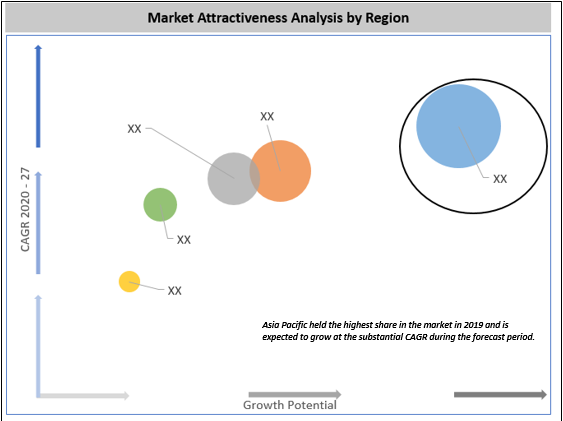 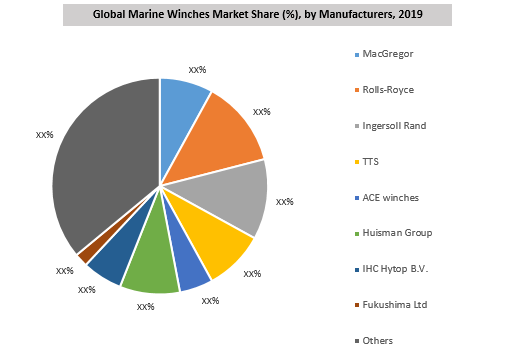 According to the Growth Market Reports report, the marine winches market is likely to register a CAGR of 4.2% during forecast period 2020-2027, with an anticipated valuation of USD 2,306.0 million by the end of the 2027.

5. What are the factors driving the growth of marine winches market?

Growth in sea borne trade, continuous fleet addition by shipping companies, increase in maritime tourism, and rise in the demand for new ships is expected to boost the growth of marine winches market during the forecast period.

The market is expected to witness slow growth between 2019 and 2020 owing to the negative impact of COVID-19 pandemic on the marine winches market.

8. Which is the base year calculated in the global marine winches market report and what is analysis period?

Marine industry is the key end-user driving the growth of marine winches market.

Major Manufactures include MacGregor, Rolls-Royce, Ingersoll Rand, Fukushima Ltd, and TTS among others.