Europe Lottery Software Market by Types (On premise and Cloud Based) and Application (Personal Use, Enterprise and Others)

The Europe lottery software market was valued at USD 782.7 Million in 2019 and is projected to reach USD 1,158.4 Million by 2027, expanding at a CAGR of 5.6% during the forecast period. Lottery software attempts to predict numbers that are more likely to be drawn by analyzing patterns for combinations of numbers that are more likely to be picked. Moreover, Lottery software is used for entry management application which is similar to syndicate management. The software helps the user in easing up the managing of entries by inputting the chosen combination, amending them, and outputting them for purchase of tickets.

Market Dynamics
Gambling activities have increased substantially in Europe. The GGR in Italy and the UK is the highest within the region, and is followed by Germany, France, and Spain. GGR represents approximately 0.5% of the GDP on average. In Europe, the overall online GGR is expected to be around USD 27.7 billion by the end of 2020 and is generated through sports betting, online casino, and online lottery. The online gambling and demographic statistics concludes that more than 17% of the population in the UK are engaged in online gambling, thus resulting in an overall revenue of approximately USD 6.8 billion from the sector. This rising popularity among a huge population base in several countries in the region is expected to propel the demand for lottery software in the online gambling industry.

Moreover, In terms of economic significance, Europe is widely regarded as a ‘single state’ and is to some degree controlled by legislation adopted by the European Union. However, regulations regarding online gambling EU countries are characterized by diverse regulatory frameworks. Governments in several countries are favoring gambling to some extent, as the revenue generated by the sector is used in non-profit programs and for charity purposes. This has resulted in complete or partial legalization of gambling activities in several countries in the region, ultimately influencing a large population base to adopt lottery and gambling activities. This is expected to boost the demand for lottery software in the region during the forecast period.

However, increasing preference for gambling has resulted in fueled fraudulent activities in the sector. Unlicensed illegal operators contacting consumers and asking them for bank details or in some cases to pay a certain amount of money to get the prize amount credited in their account. Such growing scenarios of lottery scams is expected to hinder the lottery software market to a large extent.

On the basis of types, the market is bifurcated into on-premise and cloud-based. The cloud-based segment accounts for a major share of the market; however, the on-premise segment is anticipated to expand at a high CAGR during the forecast period. The growth of the on-premise segment is attributed to the improved data security and information control provided by the platform. In this framework, businesses hold all their data and monitor what happens to it. Businesses in highly regulated industries, have additional concerns related to privacy are more likely to hesitate to spring into the cloud-based platform. The pertaining concerns of privacy and security in cloud-based infrastructures are a major factor resulting in the expansion of on-premise segment, in terms of value, during the forecast period. 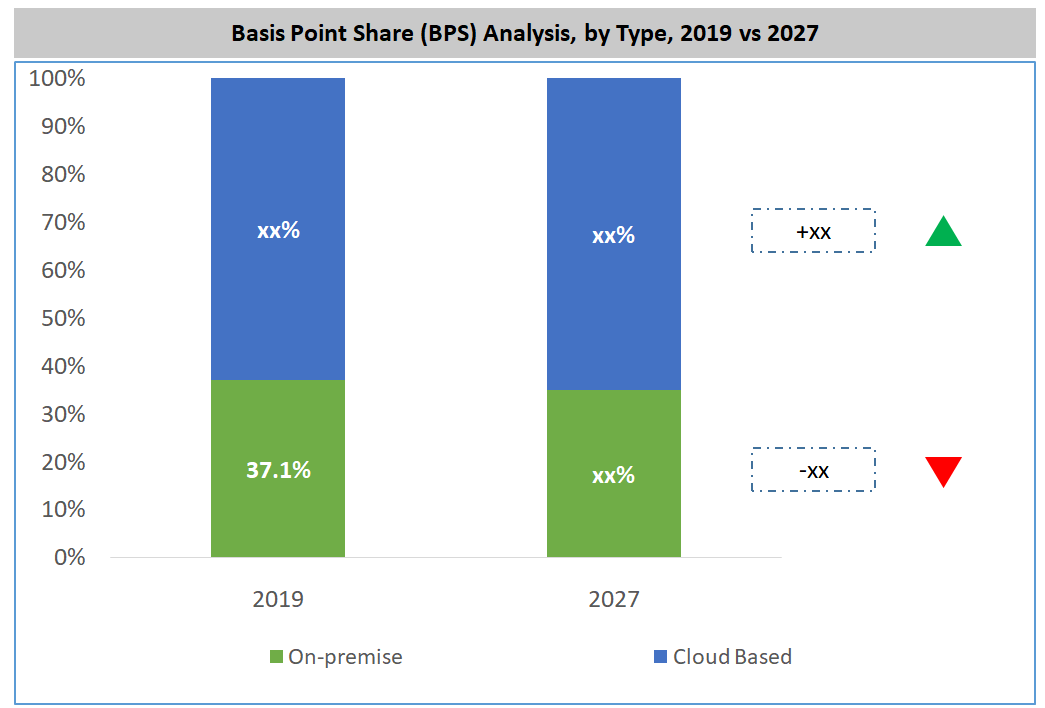 Based on applications, the market is segregated into personal use, enterprise, and others. The enterprise segment accounts for a significant share of the market; however, the personal use segment is expected to expand at a high CAGR during the forecast period. The significant share held by the enterprise segment is attributed to rise in licensed ELMs are engaged in promoting lottery games on the behalf of non-commercial societies. A majority of ELMs are privately-held commercial firms, such as professional lottery promoters, fundraisers, or direct mail companies that are paid a fee for their services to society lotteries. This denotes the huge requirement for lottery software among ELMs resulting in expansion of segment, in terms of revenue. However, these ELMs are required to have lottery operating license issued by the commission to promote a lottery on the behalf of a licensed society lottery.

Definitions
By Type
On-premise: On-premise software, often called as ‘on-premise software’, is software solution, which is usually installed on-site on local hardware systems or operated from a dedicated data center. This includes any computer program, which the users can access on-site or in-office computers. In this framework, all the resources are deployed in an on-site environment and within the IT infrastructure of the enterprise. On-premise software requires an organization to buy a license or copy of the software for its usage. Since the software is licensed and the whole software instance is situated within the premises of an entity, there is generally larger security than a cloud-based infrastructure. Conversely, a major downside of the on-premise platform is the costs associated with the managing and maintaining the infrastructure.

Cloud Based: Cloud-based software often referred to as software as a service (SaaS), is a remotely hosted platform on a third party data center. This enables businesses to pay on an as-needed basis and to scale up or down easily based on the overall usage, customer requirements, and the growth of a business. The cloud-based software is used by companies operating in numerous locations that need to maintain real-time coordination with each other. SaaS is continual; therefore, users pay on a monthly or annually for the services. A cloud server uses virtual application for hosting the applications of a business. Furthermore, cloud computing usually offers instant provisioning since everything is configured. However, in a cloud-based platform the question of ownership of data is a huge drawback. The encryption key and the data resides with the third-party provider, which may act as a hinderance in accessing the data, if any unexpected occurs and downtime exists. 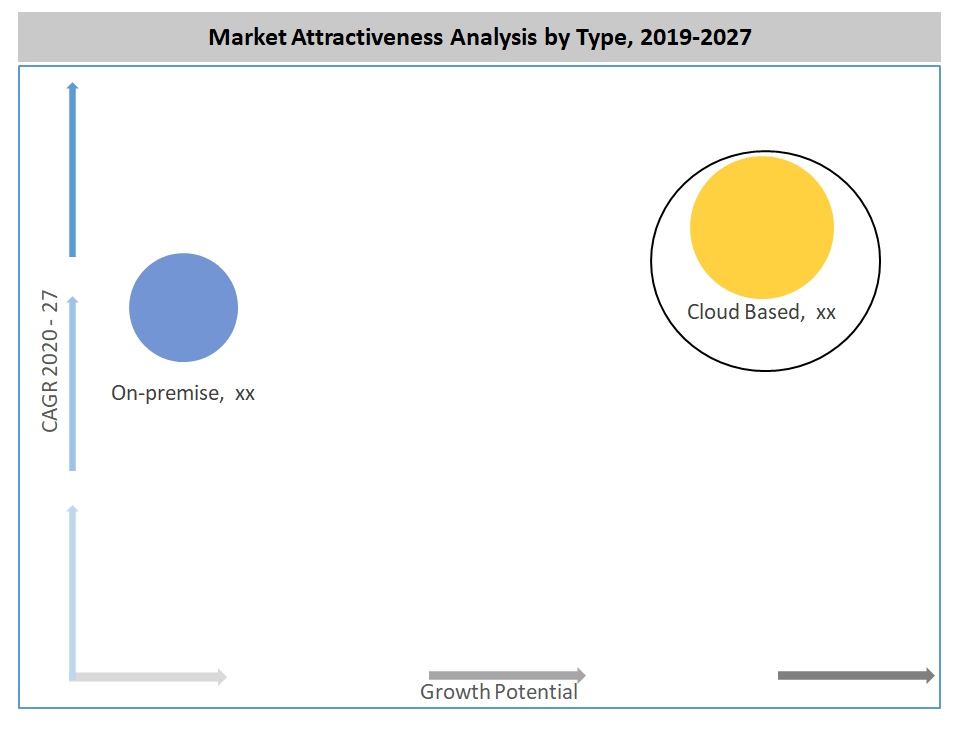 On the basis of countries, the Europe lottery software market is classified as Germany, France, Italy, the UK, Spain, Russia, and Rest of Europe. The UK accounted for a significant share of the market; however, the market in Germany is expected to grow at a substantial CAGR during the forecast period. The UK holds a large share of the market due to the presence of several established players in the region that are engaged in providing lottery software. Additionally, an increase in preference for gambling among a large population base in the country is driving the market in the UK.

The market in Germany is projected to expand at a significant CAGR and this trend is projected to continue during the forecast period due to large revenue generation from lottery games for non-profit programs, which is resulting in easing up of regulations by the government for gambling operations. This, in turn, is expected to boost the consumer spending on several lottery games, thus increasing the demand for lottery software in Germany. The growth of the lottery software market in Italy is majorly attributed to the substantial advancements in the ICT sector in the country with an annual growth rate of approximately 2.7% between 2017 and 2020. In terms of online gambling, Italy ranks second in Europe with a 25% rise in gambling operator revenue in recent years. 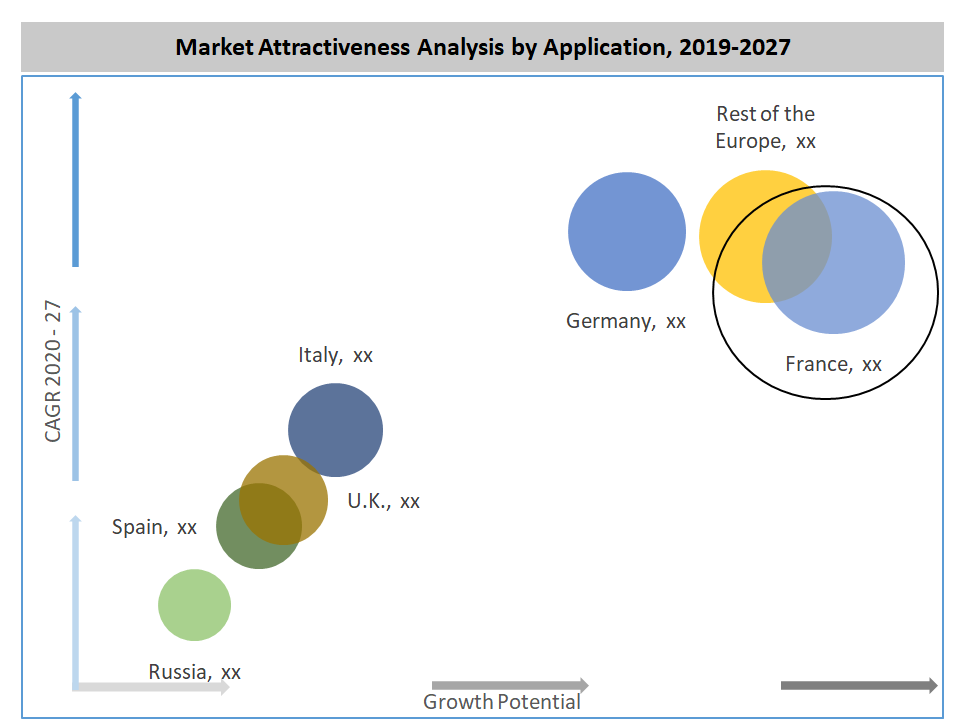 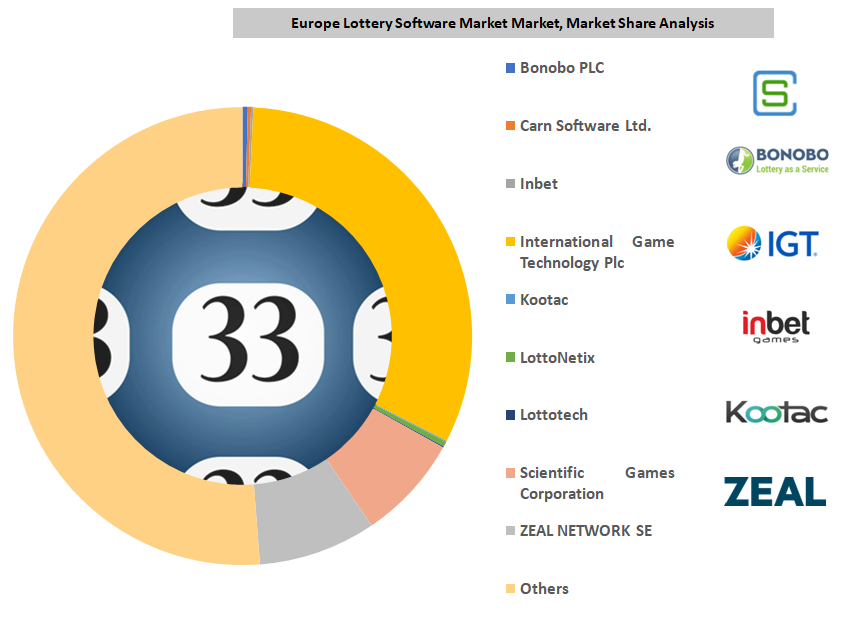 According to this Growth Market Reports report, the market from lottery software is likely to register a CAGR of 5.6% during forecast period 2020-2027, with an anticipated valuation of USD 1,158.4 million by the end of the 2027.

In addition to market size (in USD Million) and company market share (in % for base year 2019), other data such as Impact of key regulation for lottery software market is available in final report.

5. What are the factors driving the growth of lottery software market?

6. What are the key end user driving the market growth?

Casinos (online and brick & mortar) are the key end-users that are driving the Lottery software market.

The market is expected to witness sluggish growth between 2019 and 2020 due to the adverse impact of COVID 19 pandemic on Lottery industry.

8. Which is the base year calculated in the Europe Lottery Software market report and what is analysis period?