The global ibuprofen market was valued at USD 1,146.2 Million in 2019 and is projected to reach USD 1,436.8 Million by 2027, expanding at a CAGR of 2.7% during the forecast period. Ibuprofen is a non-steroidal anti-inflammatory drug (NSAID), which is considered as one of the safest conventional by spontaneous adverse drug reaction reporting systems in the UK. It is a kind of medication having analgesic, anti-inflammatory effects, antiplatelet effect, and fever-reducing properties that can be used for conditions such as headache, toothache, fever, back pains, arthritis, minor injuries, and menstrual cramps. It works by blocking the body’s production of certain natural substance such as prostaglandins, which are released by the body in response to an illness or an injury. Prostaglandins results in inflammation, pain, swelling, or fever in a human body. The World Health Organization (WHO) considers ibuprofen in the list of minimum medical needs for a basic healthcare system.

Market Dynamics
The market is driven by several advantages that the ibuprofen drug offers such as rapid result. Ibuprofen is considered to be essential in the treatment of neurodegenerative diseases. Furthermore, the continuous rising incidence of menstrual cramps (dysmenorrhea), osteoarthritis, rheumatoid arthritis, juvenile idiopathic arthritis, and various types of pains and aches. Additionally, ibuprofen is an over the counter (OTC) drug making it easily accessible and available for usage among the end-users. This is resulting in the expansion of the global ibuprofen market.

On the basis of type, the global Ibuprofen market is bifurcated into USP and EP. The USP segment is anticipated to hold 59.1% of the overall market due to prevalence of numerous diseases in North America. The EP segment is estimated to expand at a significant CAGR during the forecast period owing to increasing number of research laboratories in several countries in Europe. 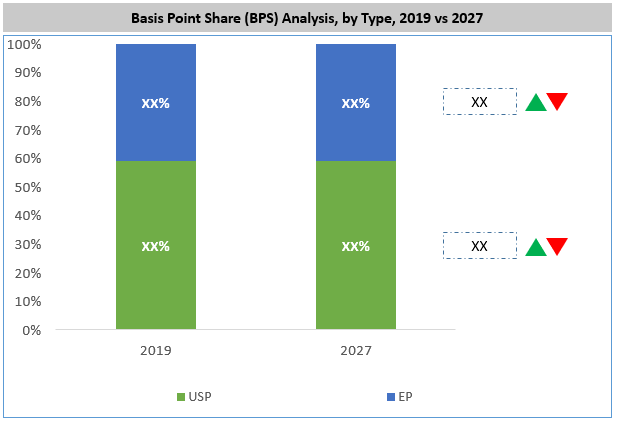 Based on dosage forms, the market is segmented into tablet, capsule, suspension, and others. The tablet segment is projected to grow at a significant pace during the forecast period owing to the introduction of flavored chewable tablets that are mostly preferred among the infants. The capsule segment is also expected to increase at a substantial CAGR due to its property of easier swallowing while also avoiding a bad taste to the mouth.

Definitions
By Types
USP: USP abbreviation of United States Pharmacopeia, is an official pharmacopeia of the US, which was established in 1820. The pharmacopeia contains set of legally recognized standards of identity, strength, quality, purity, packaging, and labeling for drug substances, dosage forms, and other therapeutic products, including nutritionals and dietary supplements. According to, National Institutes of Health (NIH), Ibuprofen Tablets, USP comprise the active ingredient ibuprofen, which is propionic acid. Ibuprofen is a white powdered drug having melting point between 74°C and 77°C, that is to some extent soluble in water and readily soluble in organic solvents that includes ethanol and acetone. The ibuprofen tablets and USP are available in 400mg, 600mg, and 800mg tablets for the purpose of oral administration.

EP: The European Pharmacopoeia (EP) is a major regional pharmacopoeia that provides standards across the pharmaceutical industry in Europe for quality control of the medicines while also checking the quality of the constituents used to manufacture the drugs. According to the European pharmacopoeia, ibuprofen is white or almost white, crystalline powder or colorless crystals that are practically insoluble in water, while easily soluble in acetone, methanol and in methylene chloride. It dissolves in dilute solutions of carbonates and alkali hydroxides.

By Dosage Forms
Tablet: Ibuprofen tablets are generally available in weights such as 200mg, 400mg, 600mg, and 800mg. The standards of the ibuprofen tablets are either according to the United States Pharmacopoeia (USP) or Europe Pharmacopoeia (EP). Tablets are generally harder to swallow among children and can also cause a bad aftertaste, but the introduction of flavored chewable ibuprofen tablets has resulted in surging the demand for tablets segment. It has also made tablets easier to swallow just by chewing it while also providing a decent aftertaste to the mouth due to its flavor.

Capsule: Ibuprofen liquid gel capsules are generally found in 200mg and 400mg dose strength, which are recommended for adults over 12 years of age. Capsules are easier to swallow than tablet pills and avoid bad taste in the mouth, which increases their preference among patients. Capsules are comparatively faster to dissolve than tablets as tablet pills have to be broken down completely to dissolve which takes longer time.

The liquid syrup ibuprofen is primarily consumed among children aging between 3 months and 12 years. Ibuprofen syrups are proven to efficacious at managing pain after a tonsillectomy. However, soluble ibuprofen is preferred post-tonsillectomy, as tables are harder to swallow.

Ibuprofen also has its dosage forms as sprays which are non-sticky, non-greasy, and colorless in nature. These are particularly formulated to allow quick absorption of ibuprofen through the skin for effective relieve at the point of pain. 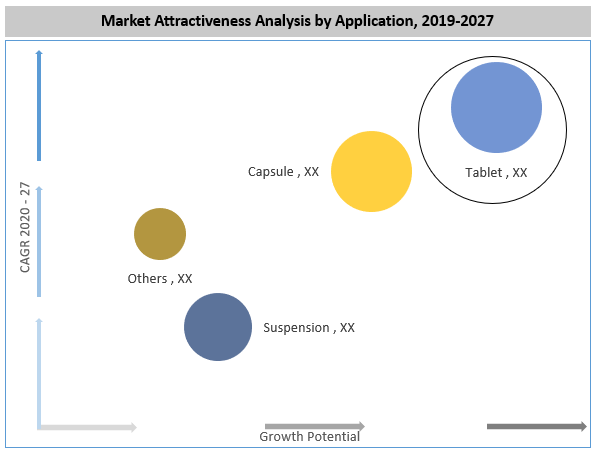 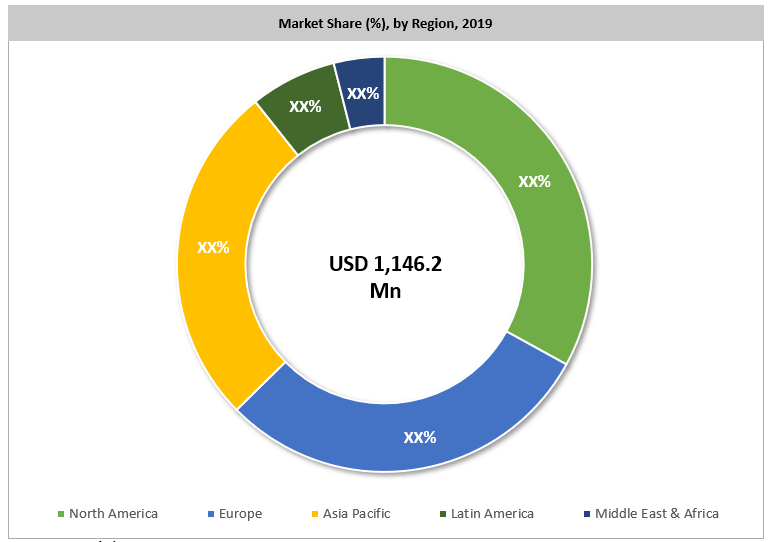 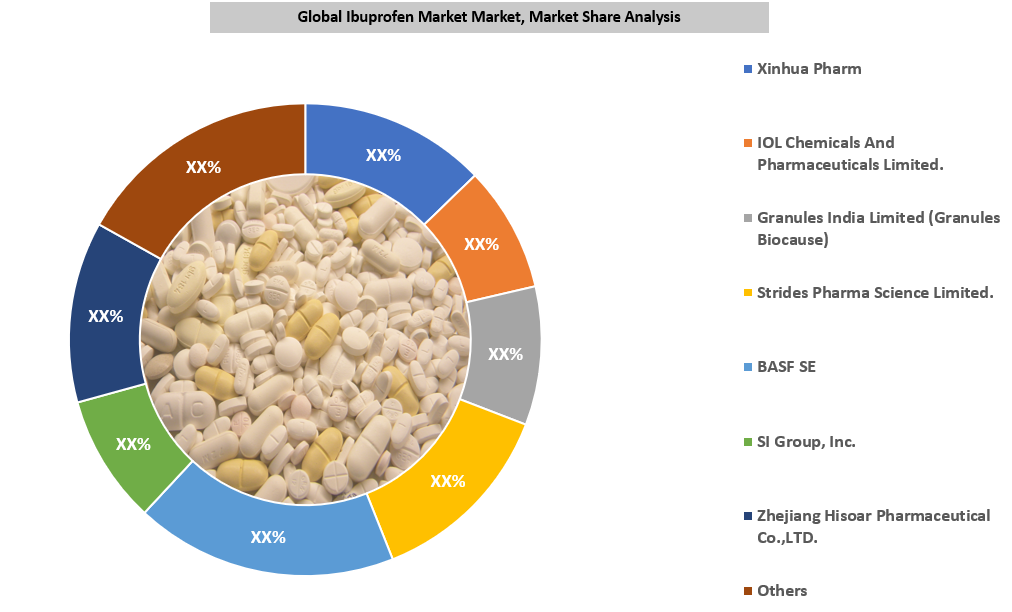 According to this Growth Market Reports report, the market from Ibuprofen is likely to register a CAGR of 2.7% during forecast period 2020-2027, with an anticipated valuation of USD 1,436.8 million by the end of the 2027.

In addition to market size (in USD Million) and Company Market Share (in % for base year 2019), other data such as volume for ibuprofen and impact of key regulations is also provided. Moreover, short term and long-term outlook for the global ibuprofen market is available in final report.

5. What are the factors driving the growth of Ibuprofen Market?

The continuous rising incidence of cardiovascular diseases, cancer, trauma, arthritis, and various types of pains and aches. Additionally, ibuprofen is an over the counter (OTC) drug making it easily accessible and available for usage among the end users.

6. What are the various types of dosage form of ibuprofen available in the market?

In the global market, ibuprofen is available in the form of tablets, capsules, suspensions, syrups, sprays, and others.

The market is expected to witness increment of over 4.2% between 2019 and 2020 owing to the positive impact of COVID-19 pandemic on the Ibuprofen market. The ongoing research of on COVID-19 string is expected to grow the production of Ibuprofen.

9. Which is the base year calculated in the global Ibuprofen market report and what is analysis period?