The global building automation system market was valued at USD 74,882.0 Million in 2019 and is projected to reach USD 167,356.2 Million by 2027, expanding at a CAGR of 10.9% during the forecast period. The commercial segment is expected to lead the market in the forecast period. Increasing implementation of building automation systems in large shopping centers, office buildings, and public transport, such as airports and train stations, is driving the growth of the business segment. Heating, ventilation, and air conditioning (HVAC), lighting, and security & access control systems are major products used in commercial applications. The security and access control systems have become an integral part of commercial buildings because of the rising security concerns in this sector. In the design and maintenance of BAS, common practice and usefulness in intruder alarms shall not be taken into account. Such a failure may be triggered by security designers and managers (in reference to the owners and operators of the facility) who cannot understand how far BAS converges with other systems.

Strong growth in the BAS market is being driven by the need to increase energy effectiveness and savings through the implementation of green and sustainable actions. These functions are associated with legislation such as the Energy Policy Law 2005 and the Energy Independence and Protection Law of 2007, which impose certain energy efficiency standards on buildings. Increasing electricity consumption has allowed consumers to opt for more energy-efficient solutions. The use of electricity in the U.S. rose by 1.5% from 2010 to 2018, according to the Environmental Impact Assessment (EIA). Several end-user industries are adopting ways to conserve energy. Some of the approaches include smart lighting systems that can be operated by using a smartphone and provide very convenient accessibility. Smart lighting systems not only increase energy conservation by using smart meters but can also transform any office or home to a high-tech one that is connected to the IoT.

The BAS market in the Asia Pacific is estimated to expand at a significant CAGR during the forecast period. Growth of the market is attributed to the rapid expansion of the construction sector in developing countries such as China and India and increasing implementations of government policies to promote the use of building automation system. Smart cities have been developed in countries such as China and India. Building automation systems serve as a central facilitator in the respective countries’ achievement of these objectives. Significant growth of the market in North America is owing to the use of building automation systems for residential, commercial, and industrial purposes to increase energy-efficiency. Implementation of strict primary federal policy guidelines and greenhouse gas emission regulations, increasing energy costs, and rising awareness about the benefits of automation are important drivers of the Market in the region. The global trend for financial and environmental gains within the rest of the world is the main factor for growth of the BAS market. The market is heavily dependent on the attitude towards the greener side of the built environment and its facilities inside each country.

Market Dynamics
The market is driven by factors such as rising demand for energy-efficient BASs, growing focus on for reducing energy costs, prevention of accident and mishaps due to unexpected breakdowns etc.

BAS Makes the buildings environmentally friendly
BASs help optimize HVAC and lighting systems, saving 5% to 30% of the building's total energy consumption. The HVAC also emits significant amount of CO2. According to the US Energy Information Administration, in 2017, the construction sector in the US accounted for 40% of the total energy consumption in the world, 38% of CO2 emissions, and 36% of greenhouse gas emissions.

Prevention of accident and mishaps due to unexpected breakdowns
BASs help reduce the overall cost of building maintenance by providing, if any, early diagnosis to building managers of operational issues in the equipment. This helps prevent accidents and mishaps due to unexpected breakdowns. Technological advancements in the BAS are increasing their efficiency. The rise in automated security systems in buildings, provides a bridge to this market to grow.

Inaccurate idea about integration costing of BAS
BAS aims at saving resources and high operational and maintenance costs. However, end-users and building owners are hesitating to adopt BAS due to their misguided belief that these systems have high installation costs.

Favorable initiatives by governments
Several authorities play a significant role in energy savings and promote CO2 reduction measures. Numerous governments have enacted legislation and policies to improve energy efficiency to reduce the footprint of a building. 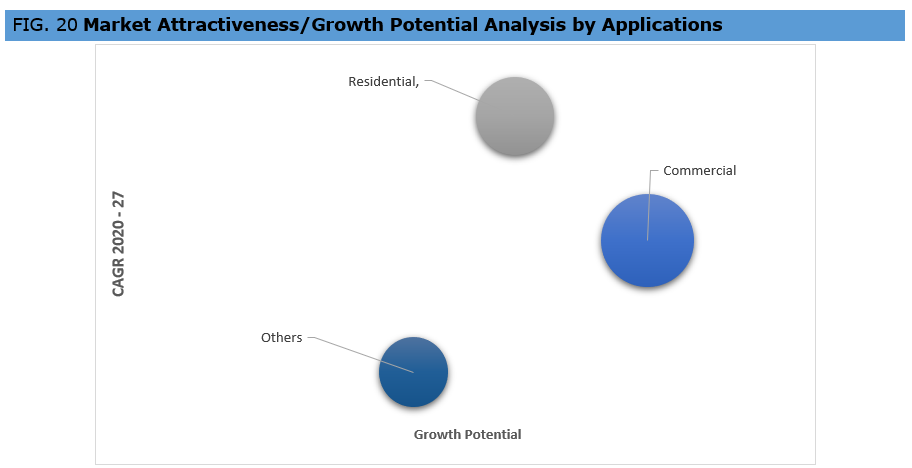 In terms of applications, the building automation system market has been segmented into residential, commercial, and industrial. The commercial segment is expected to lead the market in the forecast period. Increasing implementation of building automation system in large shopping centers, office buildings, and public transport, such as airports and train stations, is driving the growth of the business segment. HVAC, lighting, and security & access control system are major products used in commercial applications. The security and access control system have become an integral part of commercial buildings because of the rising security concerns in this sector. 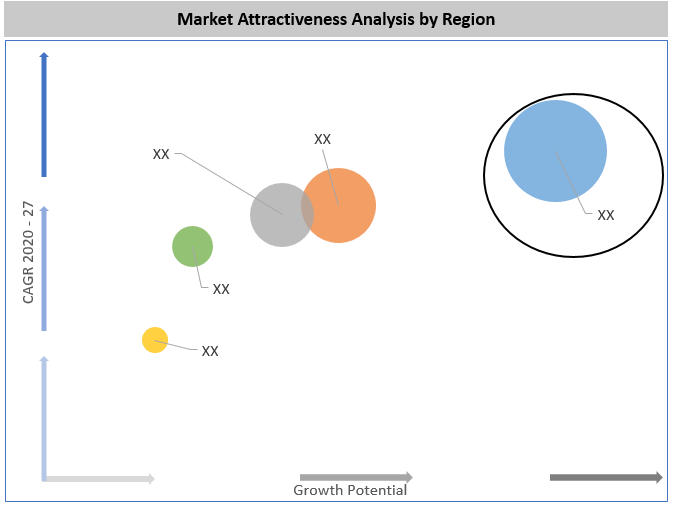 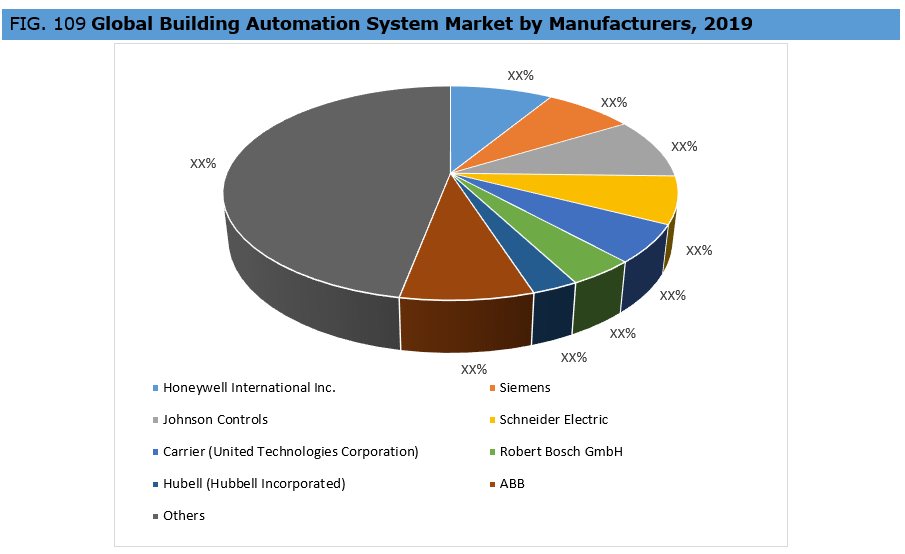 3. How big will be the Building Automation System Market in 2027?

According to this Growth Market Reports report, the market from building automation system is likely to register a CAGR of 10.9% during forecast period 2020-2027, with an anticipated valuation of USD 167,356.2 million by the end of the 2027.

In addition to market size (in US$ Million) Company Market Share (in % for base year 2019), other data such Macro-economic factors, COVID-19 Impact on the value chain is available in final report.

5. What are the factors driving the growth of Building Automation System market?

The market is expected to witness a decrease of over 2-3% between 2019 and 2020 owing to the adverse impact of COVID-19 pandemic on the building automation system market.

8. Which is the base year calculated in the global building automation system market report and what is analysis period?