The global anechoic test chambers market was valued at USD 1,162.9 Million in 2019 and is projected to reach USD 1,433.8 Million by 2027, expanding at a CAGR of 2.7% during the forecast period. An anechoic chamber prevents sound, radio signals, and electromagnetic waves from echoing in a room. Anechoic chambers often test antennas, measure the direction of sound, or record music. The anechoic chambers are silent as they absorb sound. Anechoic chambers find its application in several universities for the conducting several experiments. An anechoic chamber is designed specifically to absorb sound or electromagnetic waves. The surfaces of the space are covered in pyramids of radar absorbing material, and any radiation generated inside the room gets absorbed by the walls. Anechoic chambers are used for measuring radiation patterns of antennas, or radar cross-section measurements. Anechoic chambers can be any size, from a smallish box to an aircraft hangar. There are a variety of absorbing materials that can line the inside of the box. Several radiofrequency chambers (RF) chambers use pyramids made of foam embedded with conductive carbon black. The pyramidal structures are sized according to the wavelength. 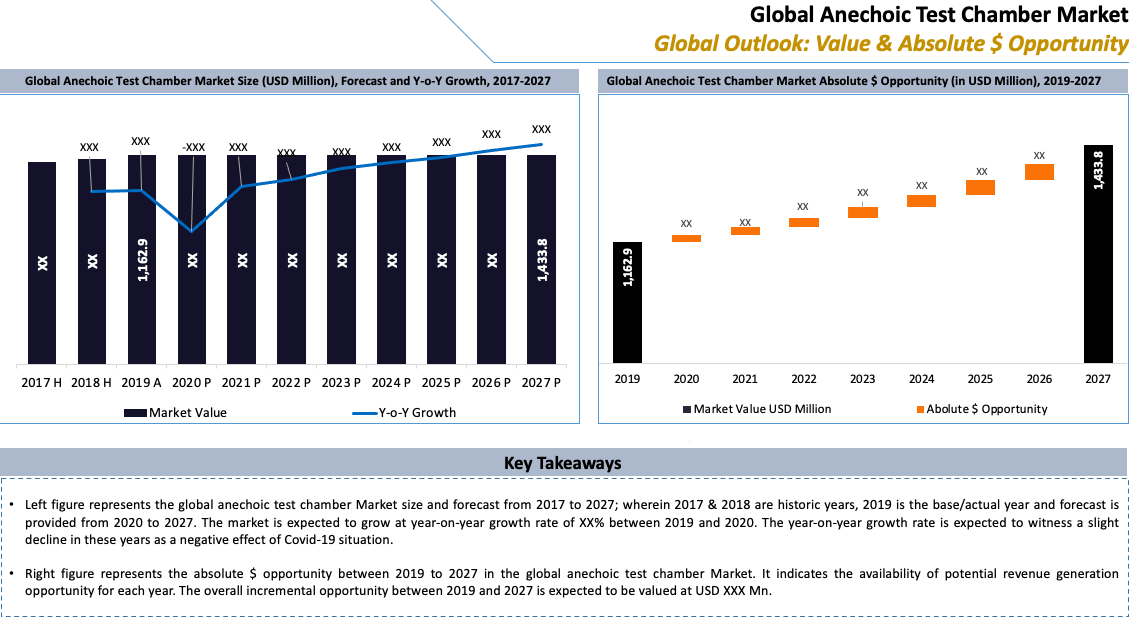 Market Dynamics
Drivers
Rapid Rise in Automotive Production
The global production of automobile vehicles is increasing rapidly for the past few years due to the increasing population, rising disposable income, and others. In addition, the increasing government initiatives to control the noise pollution caused by vehicles are leading to the enforcement of some new regulations, laws, and standards to control pollution. The road traffic noise is the main contributor to environmental noise thus, it is intended to be controlled by using some standards in order to increase air quality and health. For conducting, vehicle pass-by noise tests as per the international standard organization (ISO), anechoic test chambers are used in the determination of the noise produced by the vehicles. The anechoic test chambers determine the noise emission in the vehicles. The rise in automobiles has led to the rise in the determination of the noise, which is tested using the anechoic test chambers. Hence, the rise in automotive production is expected to drive the anechoic test chambers market growth.

On the basis of end-users/applications, the market is segmented into automotive, electronics, aerospace, scientific research, and military. The automotive chambers accounted for 30.6% share of the market in 2019. The rapid growth of this segment is attributed to the increasing adoption of anechoic test chambers for the measurement of inner and outer noise & vibration of a car with 2WD or 4WD, typically during run-up and coast down and at constant speeds, including the measurement of intake and exhaust, engine compartment, steering wheel and seat rail vibrations. The anechoic test chambers are also used for the determination of the engine powers. 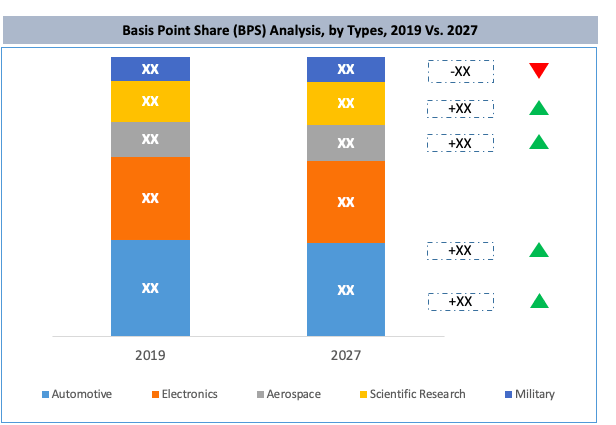 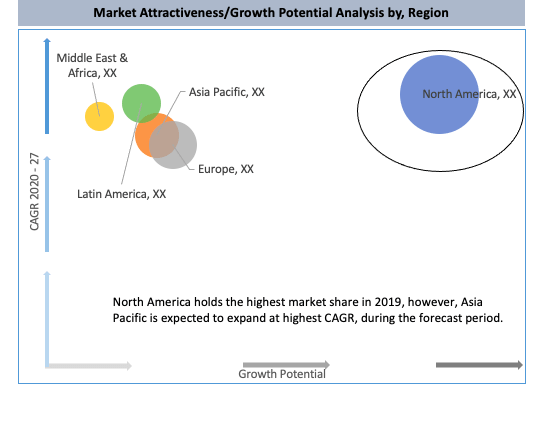 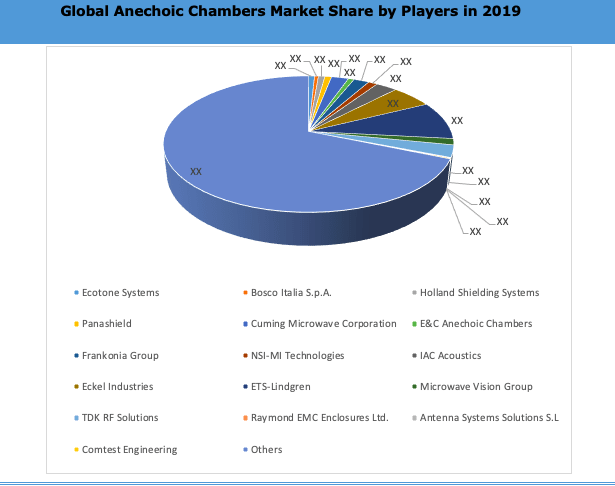 3. How big will be the Anechoic Test Chambers Market in 2027?

According to this Growth Market Reports report, the market from anechoic test chambers market shall probably to register a CAGR of 2.7% during forecast period 2020-2027, with an anticipated valuation of USD 1,433.8 million by the end of the 2027.

5. What are the factors driving the growth of Anechoic Test Chambers market?

The rising demand for the wireless mobile subscription and rise in demand for 5G has led to the rise in the application of anechoic test chambers, these are expected to drive the market growth during forecast period.

7. Which is the base year calculated in the global anechoic test chambers market report and what is analysis period?

8. Who are the major players operating in the market?