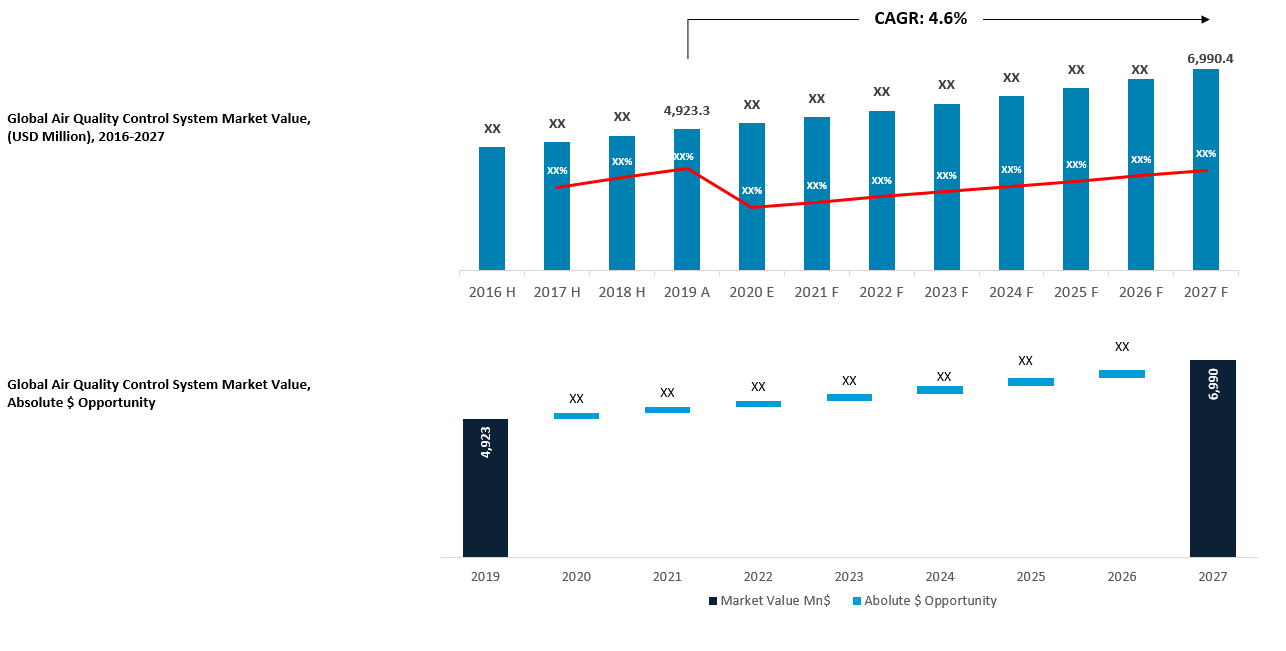 Many countries around the world have improved their economy from agriculture-based toward the industrial-based urban economy in the past few years. This transformation has made effects on various human activities as these industries are emitting many harmful gases and particulates in the air as also it is polluting the environment as a whole. According to the World Health Organization (WHO), air quality is deteriorating every year. Nearly seven million people die due to air pollution, especially in developing countries. The detrimental impact on human health is strongly correlated with the polluted environment, which is subsequently degrading life satisfaction. This, in turn, is increasing awareness regarding air quality and the environment, thus fueling the demand for air quality control systems.

An air quality control system is mostly used in thermal or coal power generation plants, due to the large emission of pollutants. However, the adoption of renewable sources of energy is rising, as people are becoming increasingly aware about pollution. Governments of many countries are providing subsidies for adoption of renewable source energy; therefore, the demand for energy from coal-based or thermal-based power plants is decreasing. This, in turn, is decreasing the need for air quality control system.

The number of air quality control systems is expected to grow, as the number of industries is growing in Asia Pacific. Rapid industrialization in emerging economies such as China and India are fueling the need for air quality control systems. The demand for coal-fired power generation is expected to be high in this region because the demand of energy is increasing. In addition to this, demand of air quality control system is anticipated to grow as companies are investing in core industries such as mining, cement industry, chemical manufacturing. Furthermore, China's growing performance in the economy, high investment in research & development (R&D), and rise in the technical support are expected to create opportunities in the market in the region.

Growth in the Use of Dry Electrostatic Precipitator Devices

A dry electrostatic precipitator works on hot process exhaust (250-850°F) and operates above the dew point of the gas stream. Dry ESP is a high capacity separator that has been developed with a specific aim of achieving minimum operating cost and maximum separation efficiency of around 99%. This type of device is mostly used for collecting dry dust particles such as coal ash, incinerator ash, or wood ash from incinerator or boiler application and is used in petroleum cat crackers, cement kilns, and carbon anode ovens. Dry electrostatic precipitators, devices are used in different industries, as they transport and collect dust in dry conditions. Additionally, the use of dry ESP has increased in the cement industry due to its low maintenance costs and low electricity consumption. 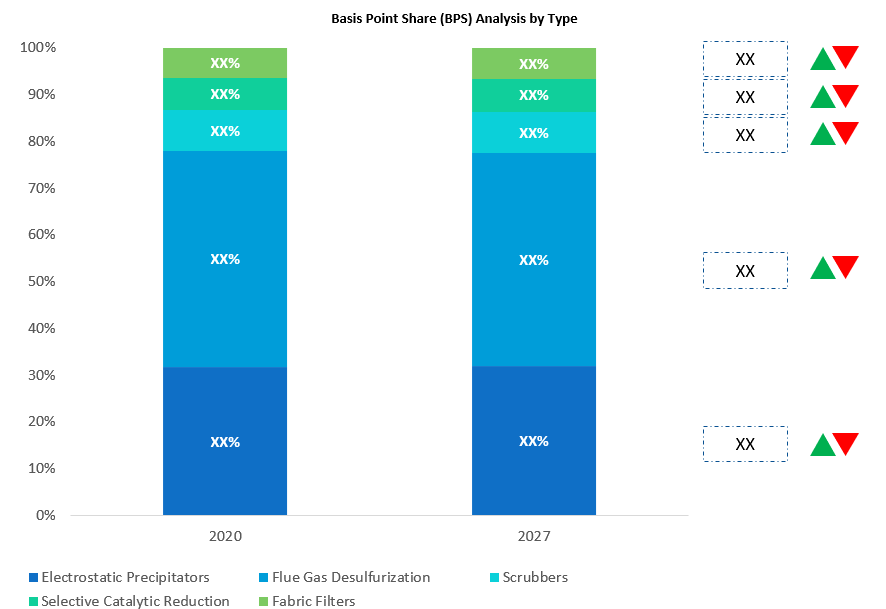 Based on applications, the air quality control system market is divided into the power generation, cement industry, iron & steel industry, chemical industry, and others. The power generation segment is projected to hold a major share of the market during the forecast period owing to rising industrialization, growing population, and increasing number of coal-fired power plants, as they are a major source of sulfur pollutants. In the power generation sector, coal accounts for 83% of fine particulate emissions, 86% of NOx emission, 94% of mercury emissions, and 98% of SO2 emission. In 2018, about 42% of power generated globally was by using coal. Thus, the demand for air quality control system devices in the market has increased to help minimize air pollution. 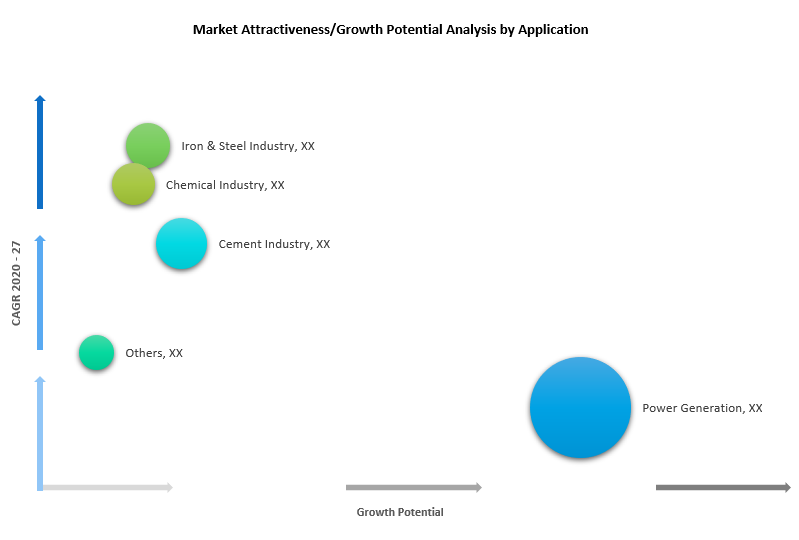 In terms of regions, the market is fragmented into North America, Europe, Asia Pacific, Latin America, and Middle East & Africa. Asia Pacific is a promising region for the market. The region constituted for 58.7% share of the market in 2019. The market in the region is projected to expand at a CAGR of 4.8% during the forecast period. Rapid growth of the industrial sector such as cement production, power generation, and metal & chemical processing is driving the air quality control systems market. Countries such as India and China are among the most polluted countries in the world. Governments of these countries are trying to implement emission laws and regulations across various industries, thus fueling the demand for air quality control systems in Asia Pacific. The market in North America is projected to expand at a CAGR of 4.5% due growing prevalence of measles in the region. 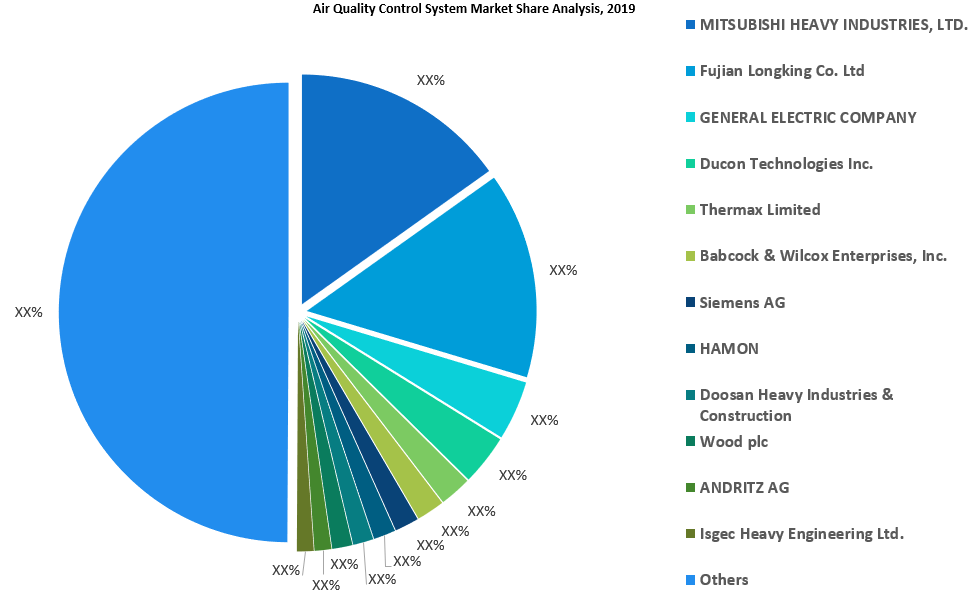 Additional company profiles can be provided on request

Yes, the report covers type specific information such as research & development and commercialization of product.

3. How big will be the air quality control system market in 2027?

According to this Growth Market Reports report, the market for air quality control system is likely to register a CAGR of 4.6% during forecast period 2020-2027, with an anticipated valuation of US$ 6,990.4 million by the end of the 2027.

In addition to market size (in US$ Million) and Company Market Share (in % for base year 2019), and short-term and long-term outlook for air quality control system market is available in final report.

5. What are the factors driving the growth of Air Quality Control System Market?

Stringent government regulations regarding emission and rising awareness regarding air pollution are expected to drive the market growth during forecast period.

6. What are the key applications driving the market growth?

Power generation and cement industry are the key application that are driving the air quality control system market.

9. Which is the base year calculated in the global air quality control system market report and what is analysis period?